Home » Hip Hop News » Kyrie to the Lakers? Fans on Twitter speculate whether Kyrie Irving will sign with the Los Angeles Lakers 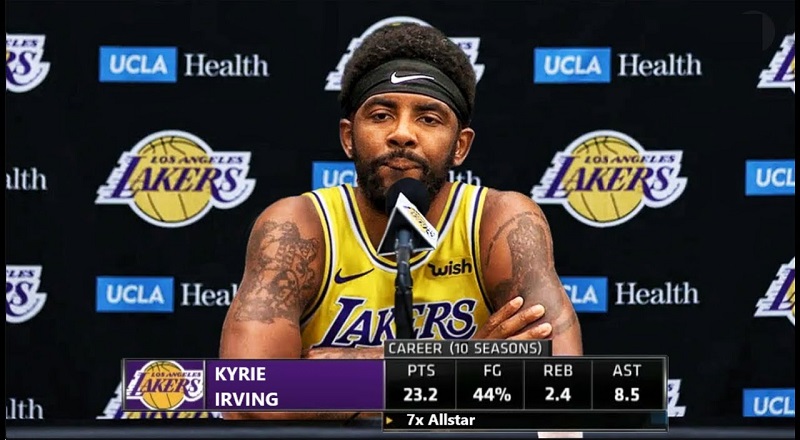 Kyrie Irving is one of the many players who was mentored by the late Kobe Bryant. During the twilight years of Bryant’s career, Kyrie Irving established himself. In 2011, Kyrie Irving was drafted by the Cleveland Cavaliers. While Irving did not make them instant contenders, he provided endless highlights.

Kyrie Irving would soon have LeBron James as a teammate. After that, Kyrie Irving helped LeBron James lead the Cavaliers to three straight NBA Finals appearances. In 2016, Kyrie Irving made the game winning shot to give the Cavaliers the NBA championship. The Cavaliers won in epic fashion, coming back from being down 3-1 to beat the 73-9 Golden State Warriors. A year later, Kyrie demanded a trade, landing in Boston. After two years, Kyrie signed with the Brooklyn Nets.

Kyrie Irving has played for the Nets since 2019. He got Kevin Durant to leave the Warriors to form a new super team. Since forming, the Nets have massively underperformed. This past season, Kyrie barely played, due to refusing to get the vaccine. Now, it looks like Kyrie Irving is hesitant to re-sign with the Nets. On Twitter, the rumor is that Kyrie may sign with the Lakers, which would set up a reunion with LeBron James.