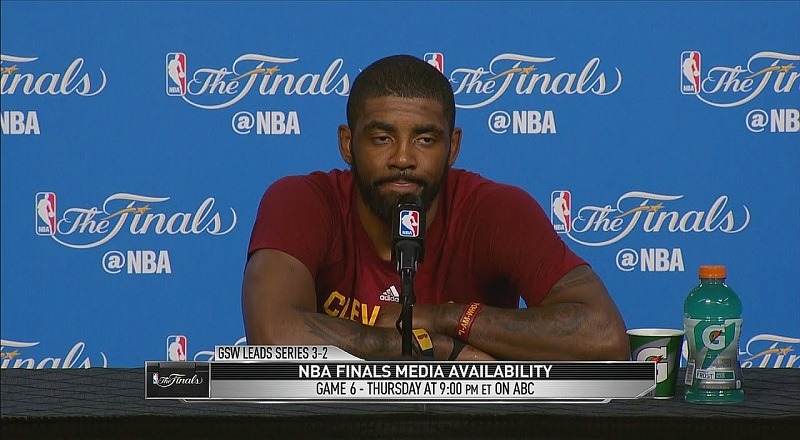 Until last season, many sports fans were beginning to write Kyrie Irving off as a big name bust. Drafted by the Cleveland Cavaliers as the first overall pick in 2011, Kyrie Irving was LeBron James’ replacement. In the lone season after LeBron left, the Cavs bottomed out.

Kyrie Irving picked up the pieces, but the Cavaliers could not gain a playoff berth. Despite being one of the top younger point guards in the league, Irving played the sidelines, as guys like Damian Lillard and Kemba Walker led their teams to playoff spots. His moment has come.

Once LeBron James returned to Cleveland, the Cavs became instant contenders and formed an immediate duo with Kyrie Irving. In Game 5, the two showed their full potential and made the Warriors feel out of place in their building. Today, Kyrie Irving spoke on his memorable Game 5 performance and spoke on looking forward to winning Game 6.