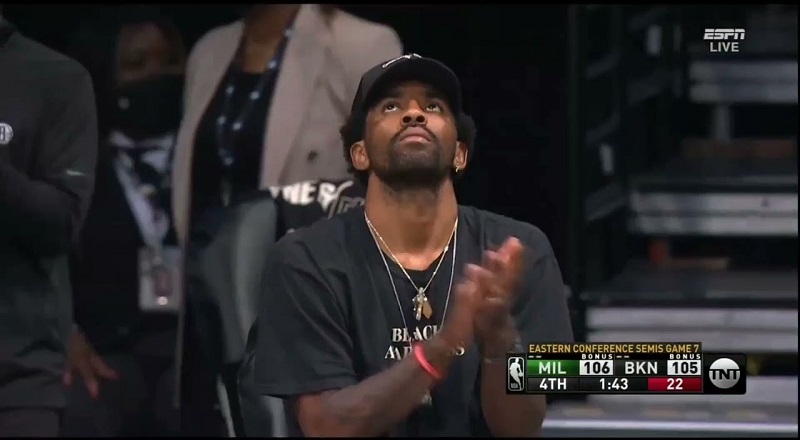 During the NBA offseason, after Summer League, there isn’t much to do, besides speculate. Last year, the Brooklyn Nets made major moves, adding James Harden and Blake Griffin to an already-stacked team. Some trade scenarios, involving Kyrie Irving, sparked controversy, today.

In his career, Kyrie Irving has become a journeyman, after being next in line to inherit the Cavs’ kingdom. On the heels of their 2017 Finals loss, to Golden State, Kyrie demanded a trade. Landing in Boston, Kyrie got his own team, but then signed to the Brooklyn Nets.

Last season, Kyrie Irving and Kevin Durant finally got to play together, with the Brooklyn Nets. Together, the two led Brooklyn to the two seed, in the East, but they lost to the Milwaukee Bucks, in the second round. Now, there are Kyrie trade scenarios, and Irving’s agent said he would retire, if the Nets were to ever trade him.

More in Hip Hop News
Doja Cat is Being “More Careful” About Who She Collaborates With – “People are Just Getting on Each Other’s Songs For the Sake of Having Them on Each Other’s Songs” [VIDEO]
Queen Naija Announces “The Butterfly Tour,” Kicking Off This Fall; Tink Will Join as Guest Performer