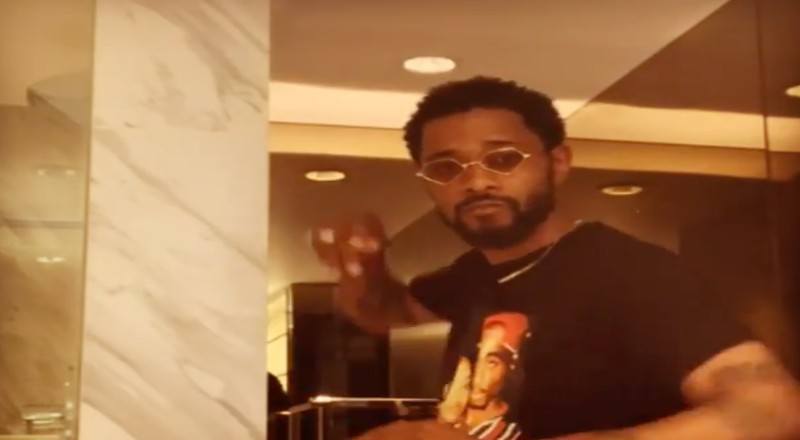 Actor LaKeith Stanfield’s upward trajectory towards fame and mainstream recognition has been an interesting journey to witness. Since his breakout role as Darius on Donald Glover’s FX show Atlanta, he’s quickly gained a higher profile graduating from being a tv actor to being a working actor in arthouse movies. Through it all Stanfield has remained vigilant about being his authentic self and contributing to the benefit of black entertainment culture. Not only id he apart of the culture, but he’s one of the few creatives who strongly voices his opinion on it

In regards to black media, LaKeith has had a few negative experiences. Fans still remember the intense and awkward interview he had with the Breakfast Club some years ago. Charlemagne being a point of opposition for LaKeith and some of his attempts at being creative in the past, there’s definitely some resentment toward that media platform in particular.

Well now LaKeith is sounding off against several black media platforms, calling them anti-black. In a recent Instagram post, Stanfield blasted several platforms, included the Breakfast Club, Shaderoom, and Worldstar Hip Hop, as being “feeding grounds for negative reinforcements toward Black nonconformists”. In all honesty, in some regards I see where he is coming from. However, it would dishonest of me if I didn’t point out that LaKeith not having a great track record with media may have played a part in these anti black accusations.

It’s a fact that a lot of these platforms are usually or tend to be feeding grounds for negative reinforcement toward BLACK “nonconformists”. They bolster faux vanity and hold a white supremacists scope over black men and women often highlighting negative attributes and downplaying mind expanding ones. They serve as bottomless coward consumption pits and digital, audio, or otherwise slave mentatilty museums. @ all you want

More in Articles
Twitter Says Thanksgiving Is Going Awkward Between Doc And Austin River After Son Got Dad Ejected From The Game
#donkeyoftheday: Charlamagne Tha God goes IN on LaKeith Stanfield, dragging him over calling “The Breakfast Club” anti-black, as fans on Twitter drop the crying laughing emoji, agreeing he deserved it