Home » Hip Hop News » Lakers’ fans ruin ANOTHER LeBron James mural and the owner has decided to take it down, because he’s tired of it being ruined [PHOTO] 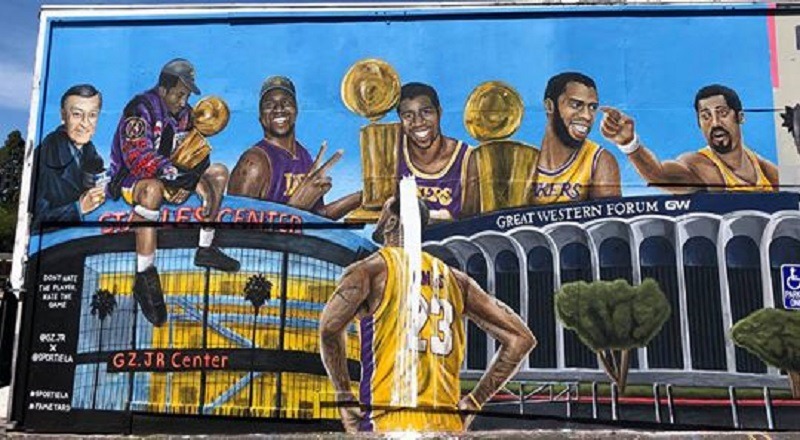 Since 2013, Lakers’ fans have wanted a new franchise player to come and take the team back to the top. Nobody expected LeBron James to become that player. Honestly, most of it was just marketing, but there was a rivalry with LeBron and the Lakers, centered around Kobe.

Some fans have been unable to let that go, despite the fact that LeBron is going to give the Lakers their first playoff spot in six years. On top of that, the Lakers are considered title contenders for the first time in eight years. But, nobody is trying to give LeBron a mural, no matter what.

When people think of the LA Lakers, they think of Wilt Chamberlain, Kareem Abdul-Jabbar, Magic Johnson, Kobe Bryant, Shaquille O’Neal, not LeBron James. There are some happy fans trying to honor LeBron, so they have made murals for him, adding him to the greats. But, it ended up being another mural ruined, just because.

More in Hip Hop News
Cardi B sets the record straight about Offset, revealing he was a free man, and that he is not on probation + Offset was only held for a few hours [PHOTO]
Floyd Mayweather Uses Maury Meme To Blast 50 Cent About the Paternity of his Youngest Son With IG Model Daphne Joy