Home » Hip Hop News » #LakersWin: LeBron James leads the Los Angeles Lakers to their first win over the Portland Trail Blazers in years and fans take to Twitter, overjoyed with the win 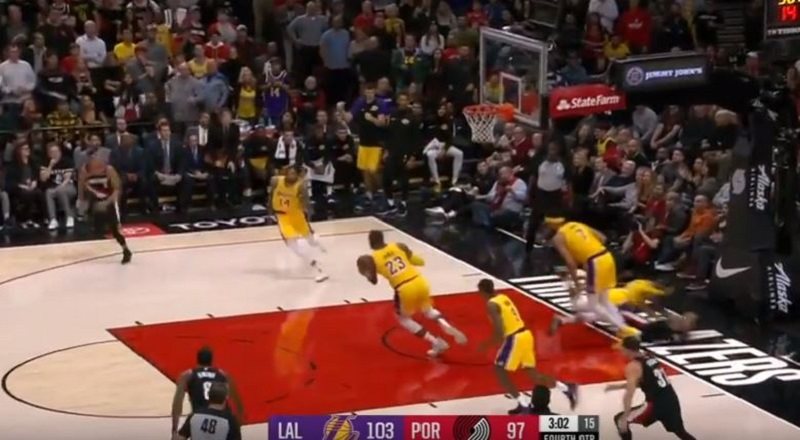 Many people were comparing the Los Angeles Lakers to the Philadelphia 76ers. Both teams established themselves among the worst in the league by tanking. Equally, both have a rich history of winning.

Experts saw the Lakers, as constructed in 2017-2018, as being one season behind the Sixers, who overperformed, in their eyes. Things drastically changed, when LeBron James joined the Lakers. The team also added Lance Stephenson, Rajon Rondo, and JaVale McGee.

Over the years, those three guys established themselves as some of the biggest rivals LeBron ever had, with the Cavs, Heat, and Cavs. But, they were tapped to return the Lakers to glory. For the first time, in four years, the Lakers got a win over the Portland Trail Blazers, and Twitter is celebrating.

Read the #LakersWin tweets below: