Home » Hip Hop News » Lala held up her phone to show Carmelo Anthony their son, Kiyan, via FaceTime, and Twitter goes in on her over the face she’s making 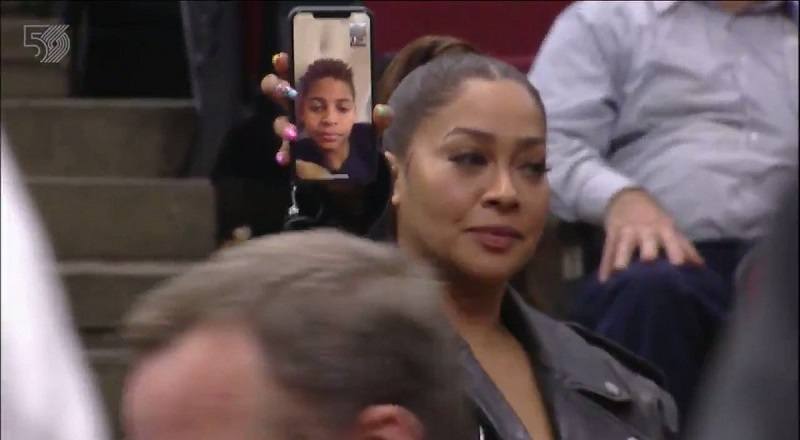 It’s no secret that Lala and Carmelo Anthony have had their fair share of drama, over the years. When it comes to his erratic play, the drama at home may have something to do with it. Along with the cheating, Carmelo is also accused of fathering a child outside their marriage.

Lala Anthony filed for separation, earlier this year, but she and Melo ultimately worked it out. Once considered one of the NBA’s top players, Carmelo has become a journeyman. After leaving the Knicks, he played for the Thunder and Rockets.

Last night, the Portland Trail Blazers got a huge came out of Anthony, who scored 25 points in a win over the Bulls. After his huge night, Lala held her phone up so their son, Kiyan, could see. This led to men on Twitter dragging her and women saying this is their mood, when they’re done with their guy.

Read the tweets about Lala Anthony below:

More in Hip Hop News
Brandy gassed Ray J, with the “Ray’s sister” thing and #LHHH fans have jokes, but are surprised to find out how she blinded Rome, from Immature’s, eye and that she had a crush on him
Deluxe Version of J. Cole and Dreamville’s ‘Revenge of the Dreamers 3’ Album is On The Way