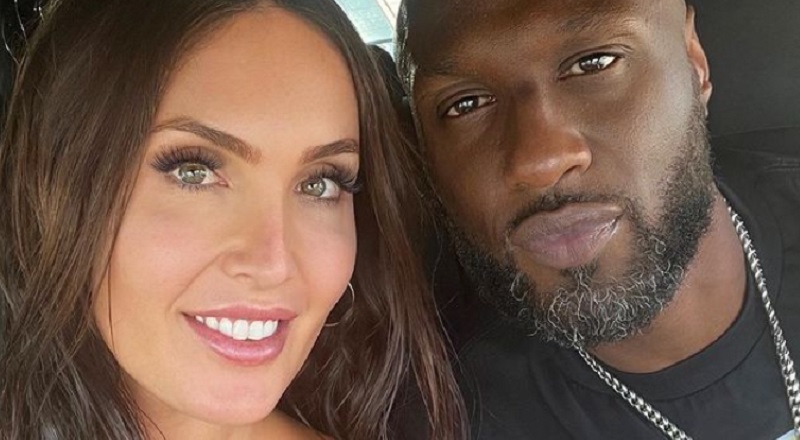 Lamar Odom is an often discussed name in entertainment. His actual claim to fame is an NBA player. While Odom was a bit of a journeyman, he is best known for playing for the Lakers, alongside Kobe Bryant, and winning two championships. In entertainment, Lamar is best known as Khloe Kardashian’s ex-husband. Now, Lamar is rumored to have a new love interest.

Lamar Odom has had a few high profile relationships. Before getting involved with Khloe Kardashian, Odom dated Taraji P. Henson. According to Henson, Odom broke up with her to get involved with Khloe. After that, Lamar dated Sabrina Parr, and had a controversial relationship with her. Many fans called their relationship “unhealthy” and when they broke up, Parr made a post exposing Odom, and accusing him of many things.

Lamar Odom definitely has gone through a lot, but he is still standing. From the looks of things, he has a new person in his life. Recently, a photo from August has gone viral of Lamar Odom sitting very closely to Danielle Alexis. For those who don’t know, Danielle Alexis is a transgender model and actress from Australia. Actually, she posted the photo of herself with Lamar Odom. As a result, people are assuming the two are dating.

More in Hip Hop News
Chloe Bailey gets dragged on Twitter for promoting “period ahh period” girl, as fans believe that girl was mocking Black women
NBA Youngboy and Jazlyn Mychelle confirm that they’re having a boy, as their second child, together [VIDEO]