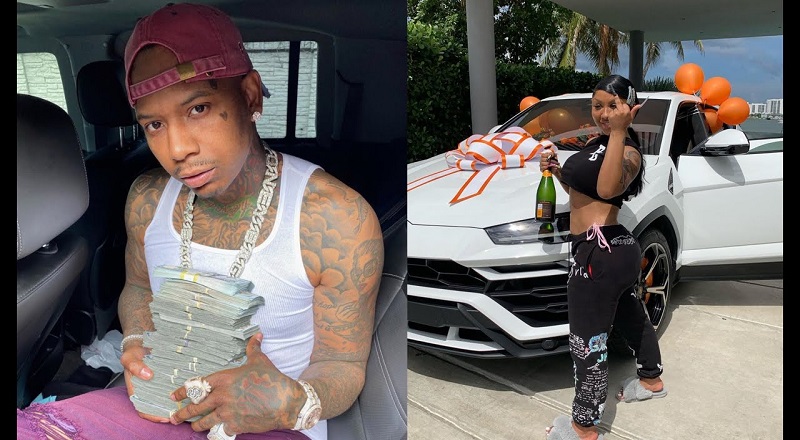 Lamborghini Moneybagg Yo bought for Ari is being repossessed

Moneybagg Yo made his commercial debut, in 2017, and he immediately delivered. It took no time for Moneybagg Yo to become one of the hottest rappers in the game. When many expected Moneybagg Yo to fall off, he only got that much bigger.

Moneybagg Yo was initially paired with Megan Thee Stallion. While they were considered hip hop’s favorite couple, Moneybagg Yo said they were only together for show, after their breakup. After that, Moneybagg Yo and Ari, G Herbo’s baby mama, began dating.

Lamborghini Moneybagg Yo bought for Ari is being repossessed