Home » Hip Hop News » LaMelo Ball is BALLING and Twitter says he’ll end up being the no. 1 pick, likely going to the Warriors, in the draft, after his 32 point triple-double in huge NBL win; Fans call him the #1 pick and compare him to Luka Doncic 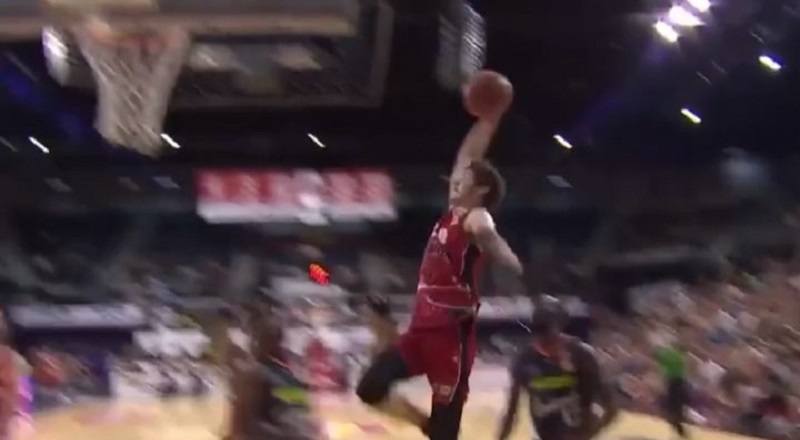 Because of how he’s boasted, LaVar Ball is often criticized for the way he does things. But, as Jay-Z pointed out, LaVar Ball has good ideas, but goes about them the wrong way. Him directing LaMelo to play professionally in Australia, though, could start a trend.

In 2006, the NBA upended the straight out of high school into the draft rule, asking players to have at least been out of school for a year, before playing. This led to the college one-and-done situation, which has inspired talk of provisions. LaMelo Ball avoided all of this.

Nothing in the rules says a player can’t play overseas, so LaMelo Ball went to Australia’s NBL to play. Out there, he is putting up historic numbers, offering 32 points in a triple double, this morning. All over Twitter, fans are saying he ensured he’ll be the number one pick, which will probably go to the tanking Warriors, as they also compare Luka Doncic.

Read the tweets about LaMelo Ball below:

More in Hip Hop News
Kenya gets dragged by Twitter for comparing her marriage to Kandi’s, as #RHOA fans say she and Todd have been together longer and get along better
DaBaby Signs Exclusive Publishing Deal With Universal Music Publishing Group