Home » Hip Hop News » Lance Stephenson was taken out of the game… Why did Nate McMillan take him out? That’s the reason the Cavs won and are going back to Cleveland tied 2-2, but Twitter says Lance goes harder than a Russian and gives it to LeBron #CavsVsPacers 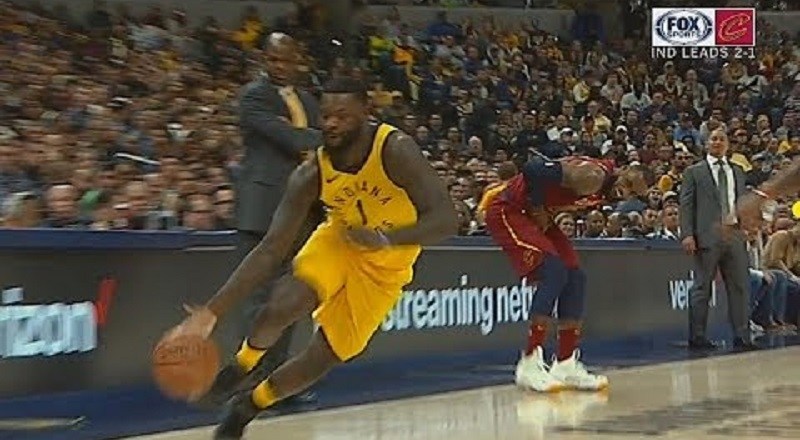 Had it not been for that late game sub, the Indiana Pacers would have a real shot to beat the Cleveland Cavaliers. But, just so everybody knows, it’s officially Cavs in 6, now. If the Pacers managed to win this game, it probably would’ve been Indiana in 6, but they won’t win in Cleveland.

After he and LeBron got into it, Nate McMillan, the Pacers’ coach, decided to take Lance out of the game. That’s when Cleveland locked in their win. Even with that being done, the fans on Twitter know what’s up, and they give Lance Stephenson his props for going harder than a Russian at LeBron.

Read the tweets about Lance Stephenson below:

More in Hip Hop News
John Wall carried the Wizards to victory, but Twitter starts going in on the Raptors for their choke job, blowing a big lead in Game 4 #WizRaptors #NBAPlayoffs
Cardi B meets Jay-Z for the first time, during #Coachella, and the two had a touching moment, where he touched her baby bump [VIDEO]