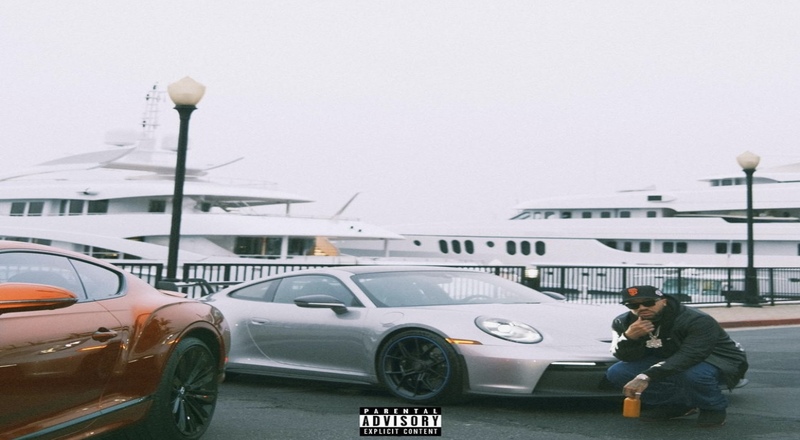 Larry June has been establishing himself as one of the best rappers out of the Bay Area, over the last three years. The San Francisco native has since been able to establish a core fan base nationwide, as he recently ventured on his “Orange Print Pollstar” Tour. In June, Larry also started to gain more momentum, with his performance on NPR’s “Tiny Desk.” Larry performed songs such as “SLS 30 Days,” “Let’s Drive To Vegas” and “Just Me And You.”

Now, Larry has his first project of 2022, arriving on August 19. This is his “Spaceships On The Blade” album, as the official tracklist has arrived. 20 songs will be available, including features from 2 Chainz, Curren$y, Babyface Ray, Duckwrth, and more.

Larry’s previous project came in September 2021, which was his “Into The Late Night” EP. This was a joint project with Cardo, as it contained seven tracks. Now, Larry is coming back even harder, as Spaceships On The Blade is getting ready to be one of the biggest albums coming out of the west coast, in 2022.

Check out the full tracklist for Larry June’s “Spaceships On The Blade” album, below.

Continue Reading
You may also like...
Related Topics:featured, larry june, Spaceships On The Blade

More in Album Preview
Young Thug’s request for bond is denied for a third time, after proposing 24-hour house arrest
Lori Harvey trends on Twitter, after rumors of her having a tape leak; Some fans downloaded a virus from a bogus link claiming to have it