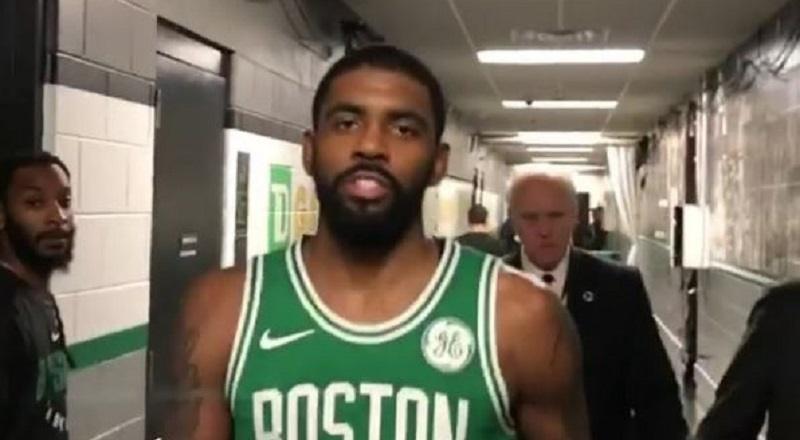 When Kyrie Irving asked for a trade, a lot of people thought he was out of his mind. Before LeBron James returned to the Cleveland Cavaliers, it was Kyrie Irving running the show. The best record Kyrie led the Cavs to was a 33-49 record, outside of that they were an NBA worst.

LeBron James returned to Cleveland and the Cavs traded for Wolves’ all-star, Kevin Love. Immediately, Cleveland became the best team in the East and went to the NBA Finals. They have continued going to the Finals each year.

This season, though, it’s Cleveland struggling, meanwhile Kyrie Irving is leading the new-look Celtics to the NBA’s best record. Last night, he faced off against Lonzo Ball’s Los Angeles Lakers. After the performance he put together, a lot of fans are demanding Kyrie be given the MVP award early.

Watch highlights of Kyrie Irving last night vs. Lakers below:

More in Hip Hop News
Moniece’s brother, DJ, tells Dr. Phil his “mind isn’t right, because he’s out of shape” #DrPhil [VIDEO]
Chris Brown has gone gold in only two weeks with “Heartbreak on a Full Moon,” his seventh number one album on the R&B charts, making him the male R&B artist with the most number ones [PHOTOS]