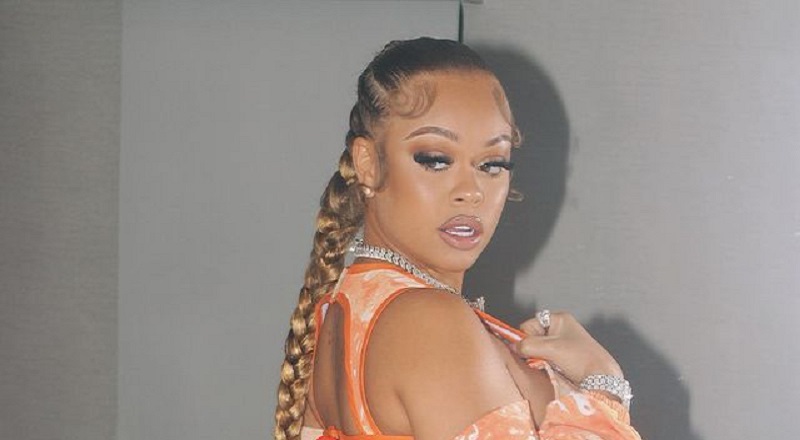 Latto is well on her way to being one of the biggest rappers in the game. Already, Latto has a summer anthem on her hands with “Big Energy.” The song was already a big hit and Latto made it bigger, adding DJ Khaled and Mariah Carey to the record.

Latto bringing Mariah Carey on the record has given Mariah her biggest hit since 2009. While Latto is becoming a force, with the music, she is becoming a part of the discussion. For months, Latto was believed to have been dating 21 Savage. Later, Latto revealed she has a mystery boyfriend.

Latto is often speaking about her mystery man, on social media. This weekend, Latto was on the road, and she shut it down, with a couple of concerts. Earlier this afternoon, Latto spoke on her shows, and how much she misses her man. Actually, Latto was bragging off of her boyfriend, saying he is always putting her on a jet to get back to him. While Latto said she misses him, she was asked about a wedding. In response, Latto said the only thing she is trying to figure out is whether to have his baby before or after they get married.

More in Hip Hop News
Kevin Gates deleted all of his IG posts and Dreka refollowed him
Rick Ross hangs out with Lamar Odom’s ex-fianceé, Sabrina Parr, in Miami [VIDEO]