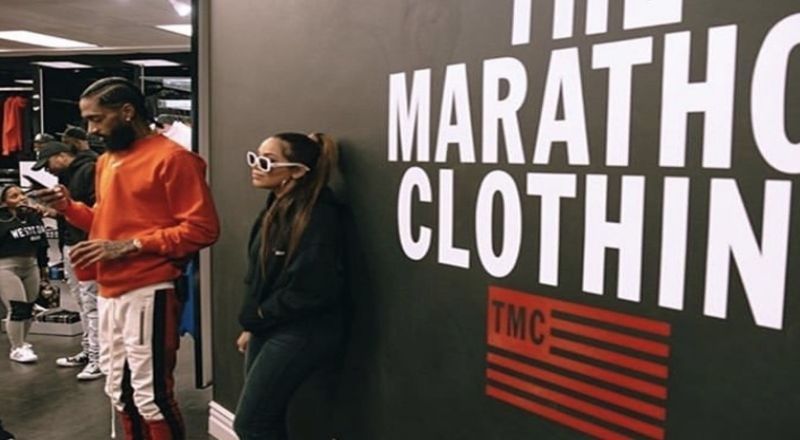 Today marked one year that Nipsey Hussle was shot and killed in his hometown of Los Angeles right in front of his The Marathon Clothing store. The suspect who has been in custody for almost a year now is Eric Holder, who is expected to go to trial sometime this year.

Fans around the world continue to pay respect to Hussle today by streaming his music and also purchasing merchandise from his TMC online store. The LA rapper also dated actress Lauren London for long time as they have a son who will be 4-years-old in August. London just took to Instagram to pay homage to Hussle with a very beautiful message.

“Time is deceptive. It’s been a year since you transitioned. The pain is as heavy today as it was a year ago. God knows I would give anything to see you again. I didn’t think I was going to survive any second of this. Prayers have kept me together. The kids keep me going and God’s grace and mercy have carried me this far.”

London spoke at Hussle’s funeral last April and showed amazing strength in the midst of what she was going through. YG, Snoop Dogg,his brother Samiel, his mother, and others spoke as well. In February of this year,

Hussle won two posthumous Grammy awards this past January and last year, he was nominated for Best Rap Album for his debut studio album, ‘Victory Lap.’ This featured the hit singles “Rap N*ggas” and “Last Time I Checc’d” featuring YG. His very last single before his death was “Racks In The Middle” featuring fellow California native, Roddy Ricch.

Check out Lauren London’s IG tribute to Nipsey Hussle below.

More in Hip Hop News
Rihanna and Jay Z’s Foundations Each Donate $1 Million For COVID-19 Relief
Ari Lennox shares her wig struggles with her fans, during her IG Live, as they all get a good laugh [VIDEO]