Home » Hip Hop News » Lauren London Speaks Out on Pregnancy Rumors; Denies Report That Claimed She is Pregnant – “Woke Up To Some Straight Bullsh*t” 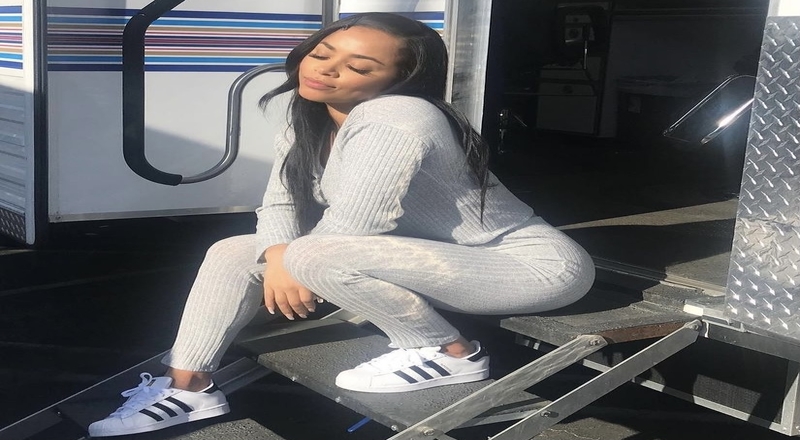 Last night, rumors circulated heavily that Lauren London is pregnant. This morning though, TMZ reported that sources close to her have stated that there is no truth to this at all. Nipsey Hussle’s bodyguard, J-Roc, also added that the report by the Los Angeles Sentinel is “fake news” and how people are miserable.

Now, London is speaking out herself and firmly denies the rumor and report as well. She said on Twitter that she “woke up to some bulls*it” and how people are trying to prevent her from healing.

“Woke up to some straight bullshit. Rumors ! Lies ! On a woman trying her best to heal?! Please stop. I’m NOT pregnant.“

Lauren has been grieving ever since her late boyfriend, Nipsey Hussle, was shot and killed in his hometown of Los Angeles in March 2019. The two have one son together, who is 4-years-old. She also has an 11-year-old as that child was a result of a relationship with Lil Wayne back in 2009.

Lauren has been very low key ever since the passing of Nipsey. She has been involved in various posthumous business ventures lately though such as his Puma collaborations. Nipsey will also appear on a record with Jay Z tirled “What It Feels Like.” This will appear on the soundtrack to the “Judas and The Black Messiah” film which hits theaters and HBO Max on Friday.

More in Hip Hop News
Lauren London is Confirmed NOT Pregnant After a Los Angeles Outlet Initially Published a Report Stating That She Was; Nipsey Hussle’s Bodyguard, J Roc, Adds That The Rumor is “Fake News” and People Are Miserable
Conway The Machine talks new music, beef, and Griselda on “The Joe Budden Podcast” [VIDEO]