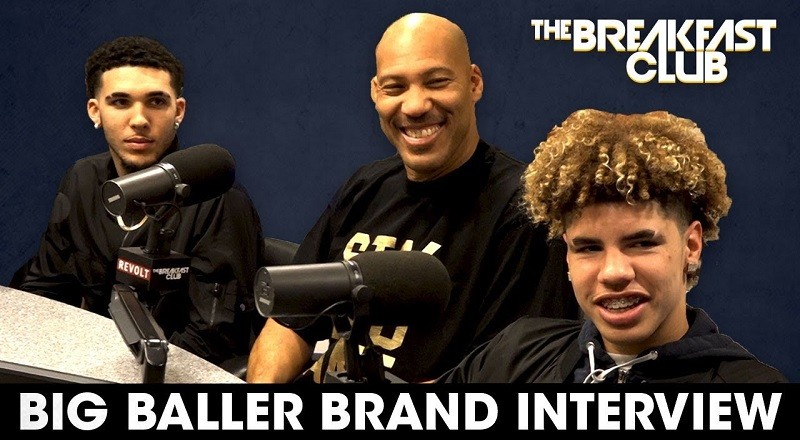 Since 2015, Lavar Ball has increasingly become the most-controversial figure in sports. Not only did Lavar Ball have goals of his son, Lonzo, being in the NBA, but he wanted him to be a Laker. The Lakers have been decimated since Kobe Bryant’s injury and retirement.

Lavar Ball boldly said Lonzo Ball would be the one to restore the former glory of the Lakers’ franchise. Because Lonzo Ball never played in an actual NBA game, Lavar received backlash. But, that’d be nothing compared to his feud with Donald Trump, the president.

Alongside his sons, Lavar Ball talked to “The Breakfast Club,” sitting down with DJ Envy, Angela Yee, and Charlamagne Tha God. The three men spoke on the Big Baller Brand, and what’s coming next. He also talked about his situation with Donald Trump, along with much more.