Home » Hip Hop News » Leandra, Fetty Wap’s wife, said she’s not concerned with the woman he’s hanging around, saying she first asked for a divorce, nine days after they got married [PHOTO] 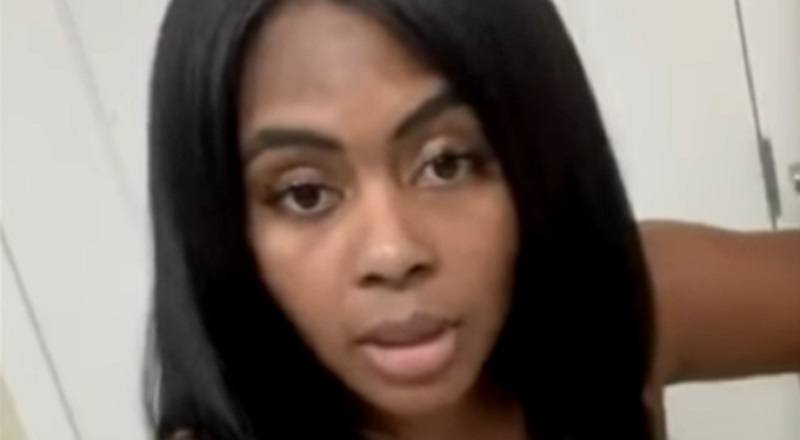 At the end of the summer, Fetty Wap shared big news with the world, he was getting married. The popular rapper, best-known for his 2015 run, made a name for himself as a ladies man. While Alexis Sky was his best-known girlfriend, he has children by multiple women.

Fetty Wap’s highest-profile baby mama is Masika, who rose to fame being on “Love & Hip Hop Hollywood.” She is also the most-vocal, known for her scathing insults. On TV, and social media, she’s leveled countless at Hazel-E, but also began coming for Leandra.

Leandra, aka @rosedealer, is Fetty Wap’s wife, but she’s wanted a divorce, nearly as soon as they got married. Fans have been tagging her in pics of Fetty Wap with another woman. But, Leandra spoke out, telling people she wanted a divorce, nine days after she got married, long before that woman was in the picture.

More in Hip Hop News
Porsha is still crying over Dennis and #RHOA feels no sympathy for her, calling him a Great Value Jermaine Dupri, saying therapy won’t work, when she keeps taking him back + Says she and Kenya both need to talk to Kandi, who was right all along
Jasmine Yvette, aka @jahzetv, says she was beaten by a white man in NYC cab, and that the NYPD was no help, telling her to get in the cab, or the police car, saying women aren’t protected when the man has scratches + Also claims man bit her and people say his name is Cristiano Moura [PHOTOS + VIDEOS]