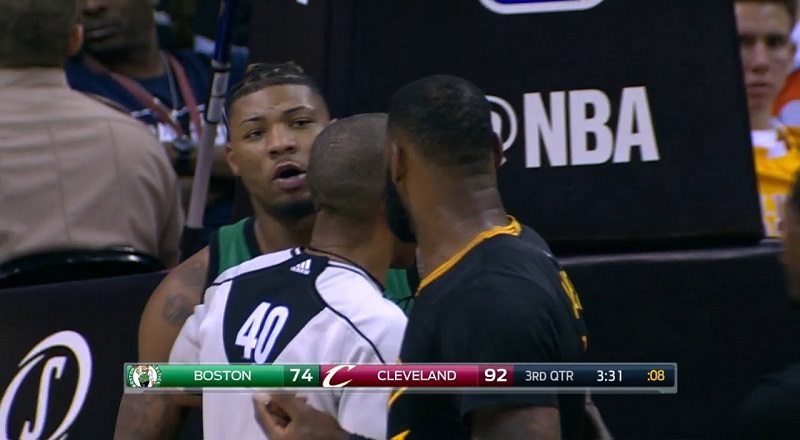 First of all, the Cleveland Cavaliers beat the Boston Celtics 124 – 118, ending the Celtics’ comeback attempt. This season is a unique one for the Cavaliers. Their franchise player, LeBron James, has been here for the past three seasons, finally giving them the title he promised.

All the other history and the Golden State Warriors NBA Finals rivalry aside, the Cavs are defending champions for the first time ever. The squad has done well, getting off to an amazing start, this season. They are currently sitting at 24-7 on the season.

LeBron James isn’t just the best player in the NBA… still, he is a veteran. That’s what made the Celtics’ Marcus Smart so funny tonight. He got bumped by LeBron and tried stepping to him, which he brushed off in hilarious fashion.

Read the tweets about LeBron and Marcus Smart below: