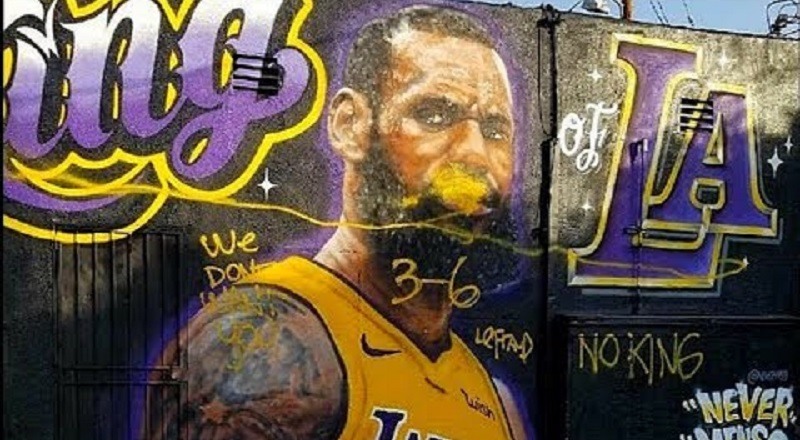 Last season’s Los Angeles Lakers were somewhat comparable to the 2016-2017 Philadelphia 76ers. The Sixers were a promising team, with a good core, but they couldn’t finish. Once they got their footing, they were a surprising contender in the East.

The Lakers, by virtue of being the Lakers, went from having a promising core to having the NBA’s best player join them for four years. On the first day of free agency, LeBron James signed with them. Other signings included Lance Stephenson and JaVale McGee.

Suddenly, the Lakers have a core of Brandon Ingram and Lonzo Ball, now matched with LeBron James and Lance Stephenson. Some say this makes them the Warriors’ primary rival, out West. But, other Laker fans are far from impressed, and they wasted no time mucking up LeBron’s new mural, in LA.