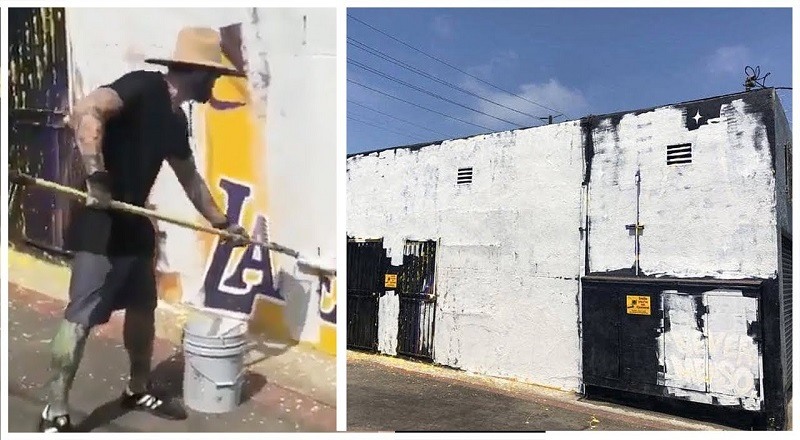 To kick off the summer, NBA fans saw LeBron James lose in the Finals to the Warriors, again. The only difference is that LeBron James was a free agent, following this past season. When the offseason hit, LeBron signed with the Los Angeles Lakers.

Since 2013, the Lakers have been one of the NBA’s worst teams. But, they have stacked their roster with some young players, drafting such players as Brandon Ingram and Lonzo Ball. Now, LeBron James is thrown into this rising team.

When LeBron James arrived in Los Angeles, some fans painted a mural for him. Prior to this, LeBron James was hated in the city, due to the fan-made Kobe Bryant rivalry. The mural was defaced and now the mural has officially been removed.