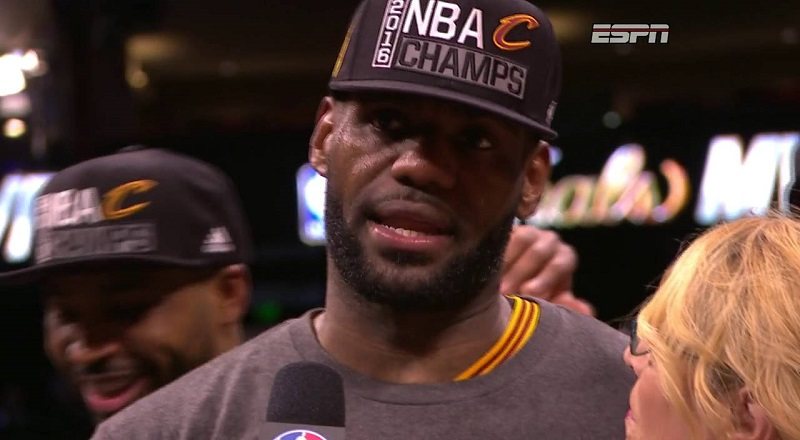 One of the many stigmas LeBron James faced was how he became a champion. After seven years of trying the organic way with Cleveland, he joined the Miami Heat with Dwyane Wade and Chris Bosh. Together, they won two titles, with LeBron being a repeat Finals MVP.

After coming up short in 2014, LeBron James went back to Cleveland to lose to Golden State, last year. Then, it was a given that Golden State would beat them again, this season. However, the Cavaliers are the champions of the NBA for the first time ever.

LeBron James has now proven he can win without Dwyane Wade and has matched him in championships. A three-time champion, LeBron is a three-time Finals MVP, which is a great turnaround for him. The full footage of LeBron’s speech is out now.