Home » Hip Hop News » LeBron James on #CavsCeltics win: “Attention to detail was at an all-time high for the first time, this season” + Credits his new teammates for being “smart” #NBAonABC [VIDEO] 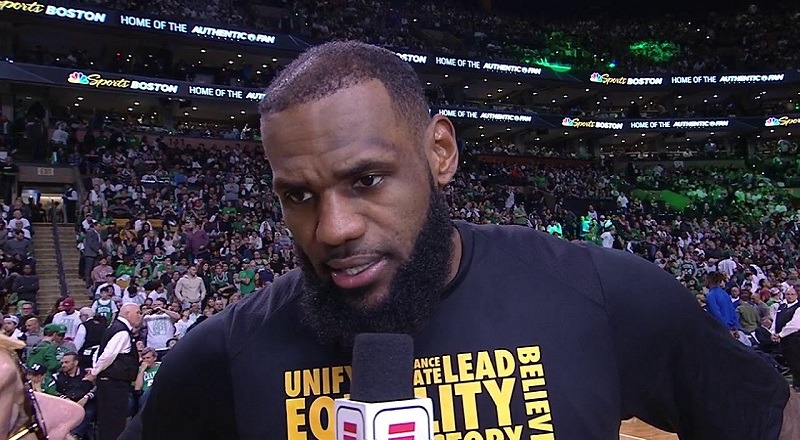 If this season turns out to be a success, for the Cleveland Cavaliers, the team will look at this game as the turnaround. Through the whole season, people have laughed at the Cavs losses. Meanwhile, they crowned the Celtics as the new leaders of the East.

Kyrie Irving chose to leave the Cleveland Cavaliers, and was traded to the Boston Celtics. The Celtics became the best team in the East, but they lost to the Raptors, in a blowout loss. This was followed by today, where the Cavs blew them out, on ABC.

Speaking with Doris Burke, LeBron James spoke, postgame, about the win. When asked what was different, about tonight’s game, LeBron said the Cavs played well, with an attention to detail, for the first time this season. He also credited his new teammates for being smart, saying their basketball IQ was high.