Home » Hip Hop News » LeBron James’ popular banner in Cleveland has been removed, since he left the Cavs for the Lakers [VIDEO] 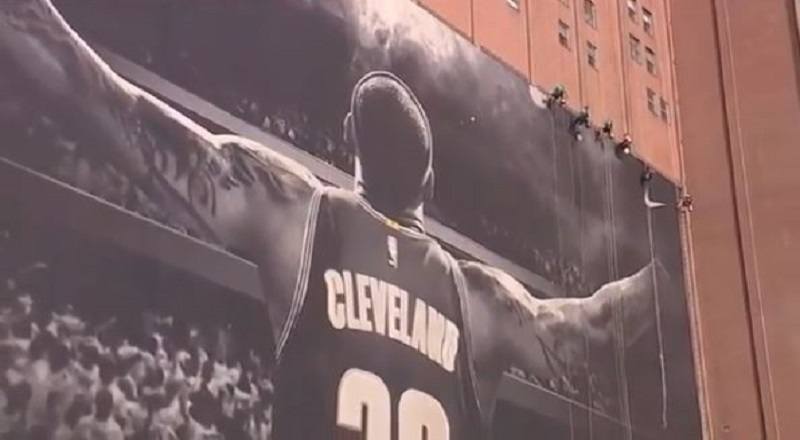 Well, it’d be a lie to say that this one wasn’t coming, and Cleveland is right to do it. Last night, LeBron James signed with the Lakers, and immediately turned them into contenders. The Lakers haven’t been to the playoffs in five years, and haven’t been contenders since 2011.

On the other hand, the Cleveland Cavaliers have gone from four straight NBA Finals to probably being a lottery team. The writing on the wall came when Kyrie Irving left. Now, Cleveland has removed the 10-story LeBron banner, as he’s no longer the Cavs’ franchise player.

This afternoon, the banner came down, and the men were hard at work, removing it. As of the end of the 2018 NBA Finals, LeBron James was essentially no longer playing for the Cavaliers. The removal of the banner is the beginning of Cleveland moving on from LeBron, for the second time.