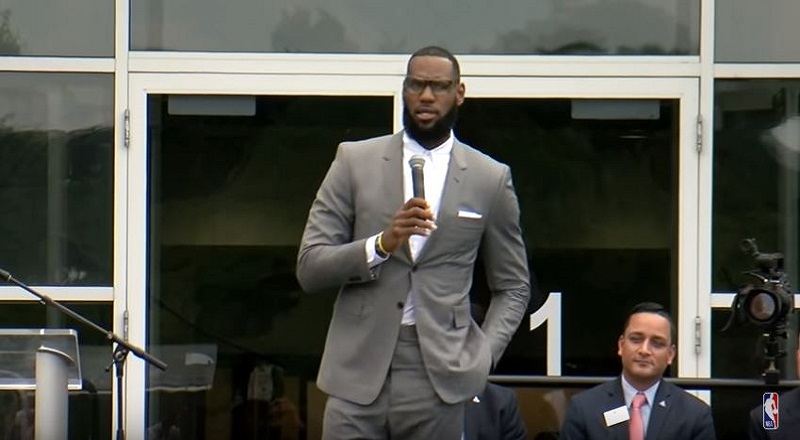 Ever since the 2016 election cycle, the political world has shown just how weird it can be. This cycle saw Donald Trump rise to become the president. Meanwhile, LeBron James has emerged as his most-vocal critic.

LeBron James has played in the NBA Finals every year, since 2011. A lot of people have put him in the conversation for the greatest basketball player of all-time. This is due to him leading two different teams, Miami Heat and Cleveland Cavaliers, to championships.

Currently, LeBron James plays for the Los Angeles Lakers. Playing in a blue state fits his presidential criticisms, which led to Donald Trump having choice words for him on Twitter, this morning. While the president is going in on LeBron, his wife released a statement praising the NBA’s leading superstar.

More in Hip Hop News
Lil Pump blasts #Lollapalooza for cutting his set short, calling it “f*ck sh*t,” saying they were mad because his fans were “moshpitting to hard” [VIDEO]
N.O.R.E. says hip hop should control all media and reveals Biggie ignored him, and tried to sign Capone on Hot 97 [VIDEO]