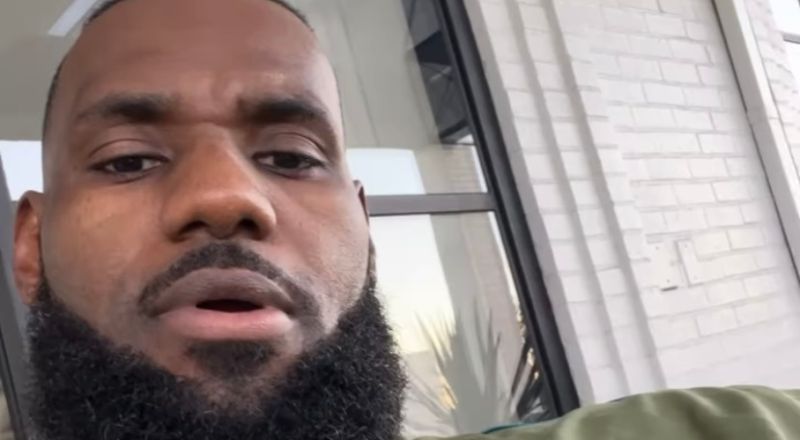 LeBron James has never hid the fact he’s a true family man and a devoted husband. In a clip shared via his instagram, LeBron is showing off his outfit as his wife Savannah James mentions their wedding vows. The couple who wed in 2013 are coming up on their ten year anniversary.

LeBron James is a legend in the NBA and one of the biggest superstars in the world. With a following of 130 Million on Instagram alone, he continues to be one of the most talked about athletes in sports. Constantly compared to the likes of Micheal Jordan and Kobe Bryant, LeBron’s ten year plus career speaks for itself.

Aside from his impressive talent, LeBron is a loving family man. With three children Bronny James, Bryce Maximus James and Zhuri James whom he shares with wife Savannah, LeBron has his hands full. His sons both follow in their dads footsteps playing basketball with hopes of going pro. His sons play basketball for Sierra Cannon High School in California, both showing promise of potential NBA futures. LeBron’s daughter Zhuri has also gained a fanbase with hair and dancing videos posted online. LeBron and his wife have always preached love and commitment when it comes to their family and marriage.