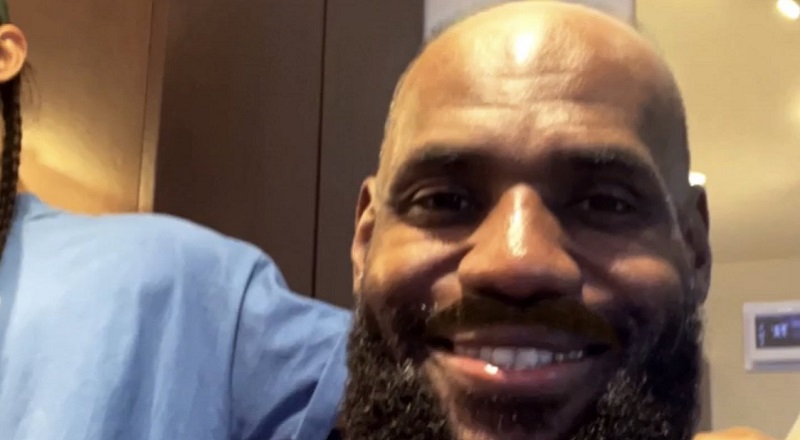 LeBron James is one of the greatest NBA players of all-time. By the time he retires, LeBron may be – statistically – the best player in the history of the NBA. Because of this, LeBron is often debated. Detractors of LeBron often make fun of his hairline, which has been receding since 2009.

LeBron James’ hairline is prolific for how it disappears, but then reappears. Actually, Tyler, The Creator was the first rapper to mention it. On The Game’s “Martian vs. Goblins,” Tyler clowns James’ hairline. In addition, he made a joke about LeBron’s then-team, the Miami Heat losing the NBA Finals to the Dallas Mavericks.

LeBron James has teased going full bald, in the past. Since 2016, James has shared a few videos with his bald spots in place. However, when the season starts, LeBron normally has his hairline back fully intact. In 2017, James went viral for showing off his bald head. This morning, LeBron shared a photo of himself in the barber’s chair, on IG Live, fully bald. As a result, LeBron is trending on Twitter with “Bald Bron.” Meanwhile, anticipation is high for his Lakers, this season.

More in Hip Hop News
Megan Thee Stallion announces that she will host and perform, on “Saturday Night Live,” on October 15
King Charles is under fire after ignoring Black man, who tried to shake his hand, on live TV [VIDEO]