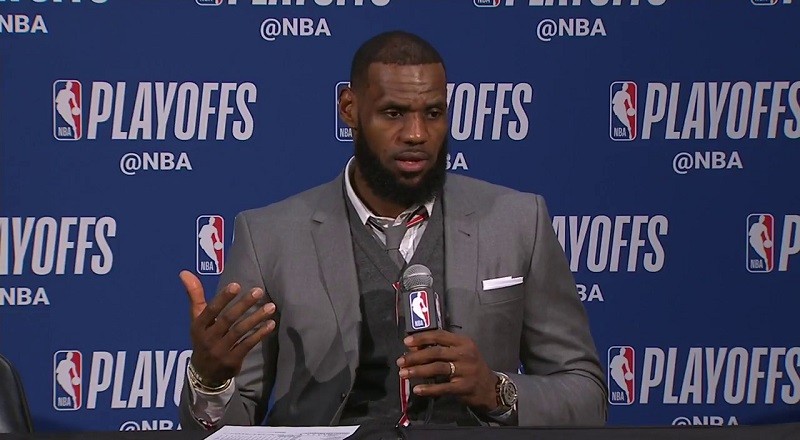 All season long, the Cleveland Cavaliers have struggled. The team dealt with Kyrie Irving demanding a trade, and going to Boston. He was traded for Isaiah Thomas, but that didn’t work out, leading to LeBron getting a new supporting cast.

Everybody knew the Cavaliers would regroup in order to get 50 wins, on the season. But, the emergence of DeMar DeRozan’s Raptors, taking first, and Ben Simmons leading the Sixers on a crazy run, to get third, the Cavs are in fourth. There, they are playing the Pacers.

Victor Oladipo has proven to be more than a regular season phenom and he has Indiana off to a 2-1 lead. After the game, LeBron James talked to the press. Definitely frustrated, LeBron told the press he wasn’t going to throw his teammates under the bus.