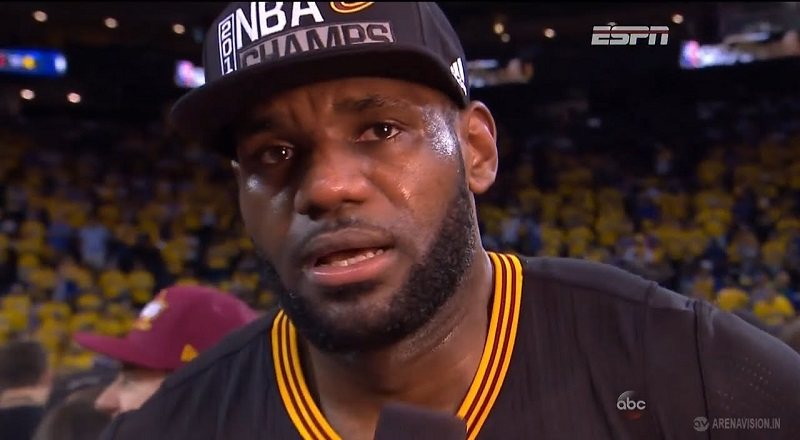 There are going to be plenty of fan debates and arguments, back and forth, but the facts are that LeBron James willed the Cleveland Cavaliers to a championship. With that being said, never give up. In life, no matter how hard things seem, just keep trying.

Ever since LeBron James returned to Cleveland, the Cavaliers have faced their fair share of hardship. Even this season, they fired their coach midseason and barely won first place. Meanwhile, the Warriors, who beat them last season, steamrolled through the regular season.

When the NBA Finals began, the Warriors blew the Cavaliers out in three of four games. But, LeBron James was giving the speech at the end of the series because his team won the championship, defying all odds. Speaking with Doris Burke, LeBron James discussed this amazing turnaround, the greatest in NBA history.