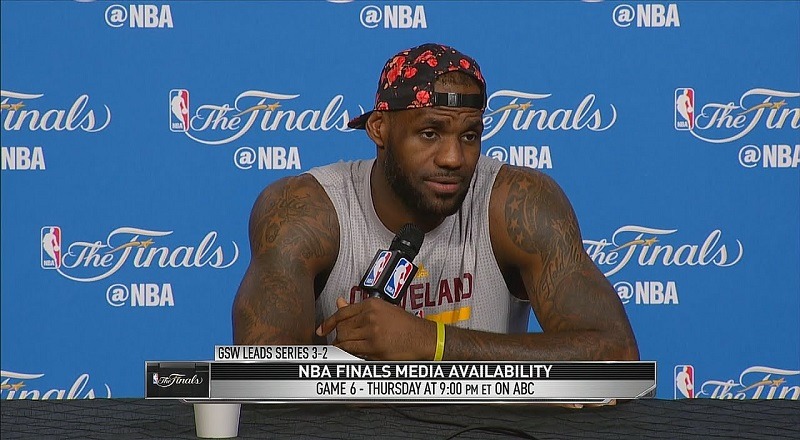 On Monday, LeBron James made it his mission to extend this playoff series. In his career, LeBron never won a game five when down 3-1, that changed. Now, there will be a Game 6 and it will be played in Cleveland, giving the momentum back to the Cavs.

LeBron James is playing in his sixth NBA Finals, but hasn’t won a championship since 2013. Still, most feel as if he’s met his match with the Golden State Warriors. Their coach, Steve Kerr, isn’t betting on many more scoring outbursts from James and Kyrie Irving.

This afternoon, NBA media began for the players and LeBron James sat down to discuss matters. Of course, Draymond Green is free and there is likely a major chip on his shoulder. LeBron spoke on this and much more during their interview.