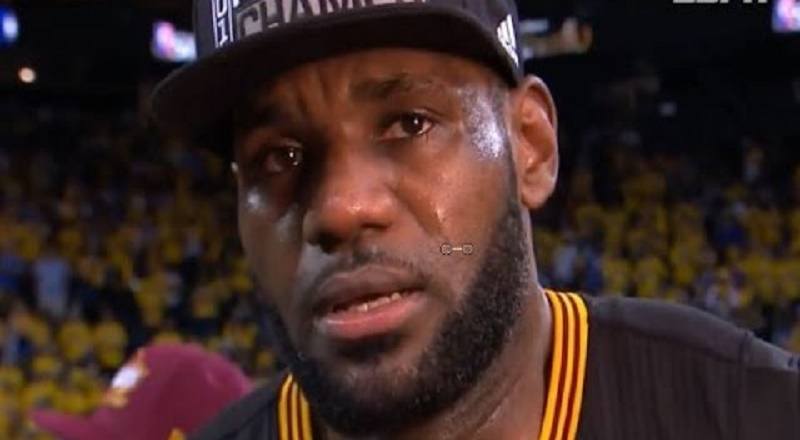 When Michael Jordan cried when he accepted his place in the Hall of Fame, it became a very big situation. Suddenly, the greatest basketball player ever became the butt of a very big joke. Seriously, it’s been seven years of the Crying Jordan meme.

Ever since he came into the NBA, LeBron James has been the man people want to replace Michael Jordan so bad. It hasn’t quite worked out like that for him. But, LeBron James is a three-time champion and he has been to the NBA Finals several times.

LeBron James was very emotional with this championship, because he did it with the Cleveland Cavaliers. The Cavs are his hometown team and the team he started his career with, but they had the most trouble winning a championship until Sunday. When they won, LeBron cried and now memes are filling the internet of him and it may replace Crying Jordan.

See the Crying Jordan vs. Crying LeBron memes below: