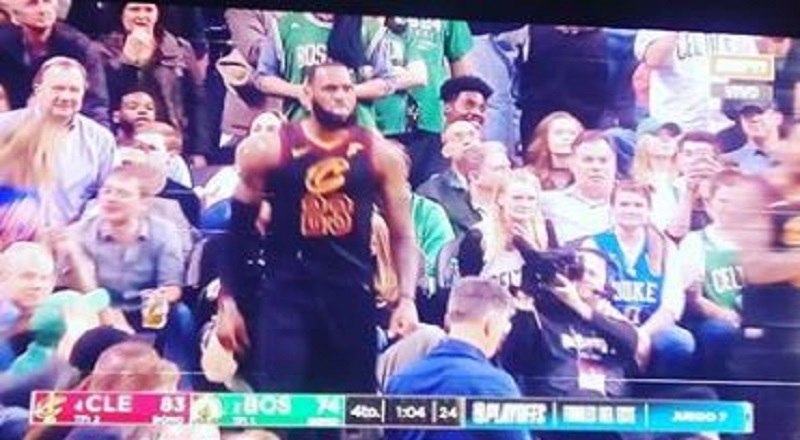 Hey, the Boston Celtics played with heart, and that has to be admired, really. It would’ve been easy for the Celtics to roll over and lose to the Milwaukee Bucks. They had the perfect excuse, with Kyrie Irving and Gordon Hayward being injured.

But, the Celtics dug deep, and Al Horford led the Celtics to a Game 7 win. Then, the emergence of rookie, Jayson Tatum, and Jaylen Brown, carried them against Philly. These young guys, along with Al, Rozier, and Marcus Smart gave the Cleveland Cavaliers all they had.

LeBron James was not counted out, he was openly rooted against, because of his domination. The Pacers almost did it, and Oladipo is a threat, the Raptors are a joke, until DeRozan proves otherwise, but the Celtics are a dangerous team, going forward. But, Twitter is celebrating LeBron and clowning Kyrie, so disrespectful.

Read the tweets about LeBron below: