Home » Hip Hop News » LeBron with 4 fouls at halftime has Cleveland down 10 to the Celtics and Twitter isn’t happy about it; But, he’s already got 10 points, and MGK is doing the halftime show #BOSvsCLE #NBAPlayoffs 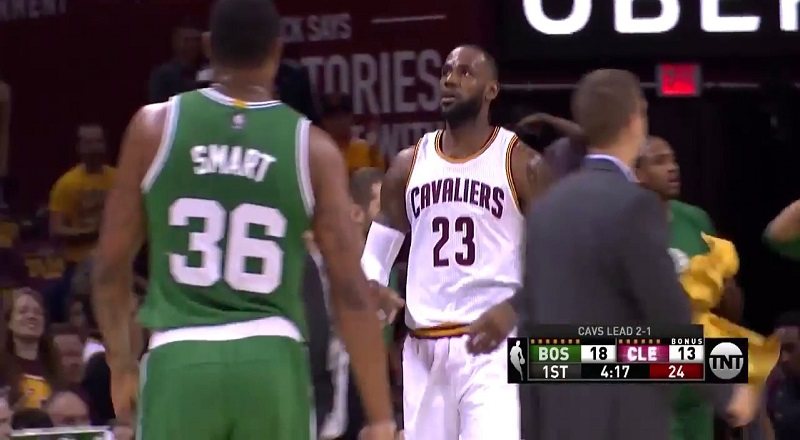 CONSPIRACY, the Cavaliers are on the verge of getting blown out, tonight. The Celtics have completely taken LeBron James out of tonight’s game. That’s crazy, seeing how he scored 10 points in the first half, after only scoring 11 in Game 3.

This year’s Boston Celtics team is just strange, although a lot of their play is understandable. The day before the playoffs started, Isaiah Thomas learned his sister died. That had to have played a role in their 0-2 home losses to the Bulls in round one.

A tough seven game series with Washington, however, seemed to make them “worthy” of playing Cleveland. After that 44 point home loss in Game 2, Bradley Beal was like the NBA should let him and John Wall play the Cavs. That, plus the Cavs letting up on the Celtics let them steal Game 3 on Marcus Smart and Avery Bradley’s backs, and currently up 10 in Cleveland.

Read the tweets about LeBron James below:

More in Hip Hop News
Papoose even gets his hair cut with the hat on! [PHOTO]
Footage surfaces of 22 Savage getting his chain snatched, onstage, in San Antonio and the chain is now being held under a $20,000 ransom [VIDEO]