Home » Hip Hop News » Legendz of The Streetz Tour is returning to Atlanta, in April; Headliners include T.I., Jeezy, Gucci Mane, and more 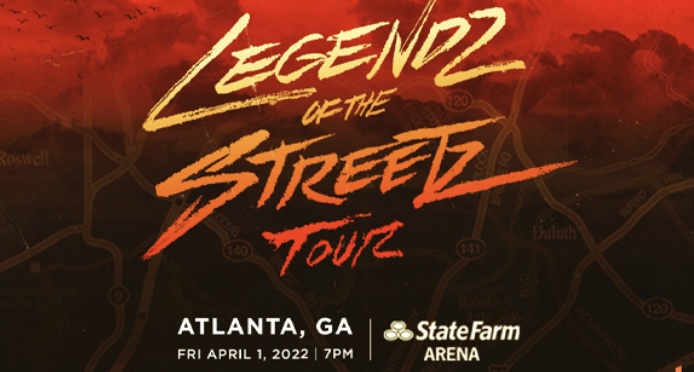 Legendz of the Streetz Tour is returning to Atlanta

The Legendz of the Streetz Tour is returning to Atlanta this year, and under better circumstances. Last October, the concert took place in State Farm Arena, in the downtown area.

The headliners were Gucci Mane, Jeezy, 2 Chainz, Lil Kim, Fabolous, Rick Ross, and Boosie. Fans couldn’t see Ross perform at the end though, due to Boosie and members of his team, getting into a brawl during his performance. Equipment ended up being damage, and Boosie was soon banned from coming back to the arena.

The Legendz of the Streetz Tour is coming back this year, and Atlanta is one of the stops. State Farm Arena is holding this concert again, with some similar faces.

Among the headliners are Rick Ross, Jeezy, Gucci Mane, DJ Drama, and T.I., Gucci and Jeezy are three of the biggest stars to ever come out of the ATL, so adding them to this tour is definitely a strong marketable move.

This concert will be held on April 1, as tickets are on sale now. Hopefully, there won’t be any similar situation unfolding, like the Boosie one, last fall. State Farm Arena has since taken additional safety measures as well, such as banning firearms into the premises.

The Legendz of the Streetz Tour is currently making a stop in New Orleans, tonight. This weekend, they’ll be heading to Birmingham and Memphis, as well.

Legendz of the Streetz Tour is returning to Atlanta

More in Hip Hop News
Kim Kardashian says Kanye West constantly attacks her online, after West’s latest rant about daughter North, being “put on TikTok against her will”
Yung Miami’s mother stole the show at her 28th birthday party [VIDEO]