Home » Hip Hop News » LeVeon Bell denies ever dating Lira Galore, saying all he did was slide and move on; Lira responds, saying clout is a drug, with a fan telling her coke is, too 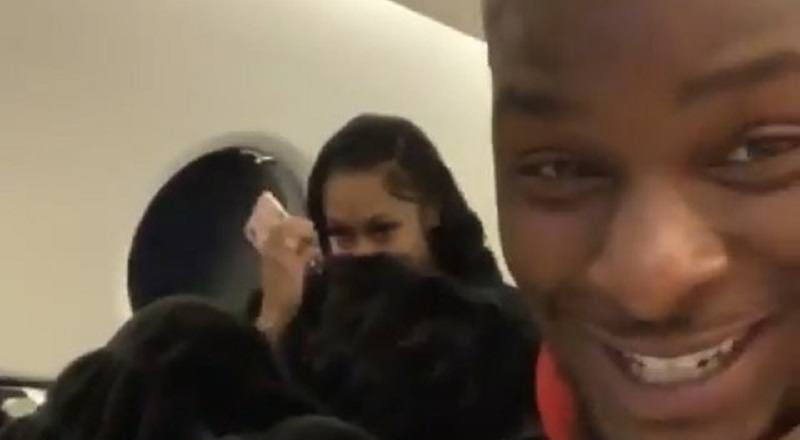 Tonight, Lira Galore found herself trending on Twitter, something she’s grown used to, over the past four years. The world got to know Lira, when she and Rick Ross were dating. Moving quickly, the two got engaged, only to break it off, get back, and then finally split.

Lira Galore then had the 2017 sextape drama, which was one of the year’s biggest stories. By 2018, Lira Galore moved on, and ended up dating P, the CEO of the Quality Control label. The two got engaged and Lira wound up pregnant, sparking a lot of discussion.

Despite being engaged to Lira, P also got Kaylar Will pregnant, and the two ladies gave birth, around the same time. Not long after, Lira Galore announced she was single, and LeVeon Bell was shooting his shot. Now, after the fallout with P, LeVeon is denying Lira was ever actually his girlfriend, to which she calls clout, and a fan called “coke.”

More in Hip Hop News
Joseline Hernandez fight at Miami’s G5 included in “Joseline’s Cabaret” trailer and Joseline snatched TF out of that girl, as clear footage of the fight is shown #JoselinesCabaret [VIDEO]
JR Smith owns Twitter, after word gets out about him and Candice Patton, Iris from “The Flash,” allegedly having an and his wife praying for him over it; Twitter says they don’t condone cheating, but WOW, and drag his wife’s prayer, as JR responds on IG Story, saying no weapons formed against me… [PHOTOS + VIDEO]