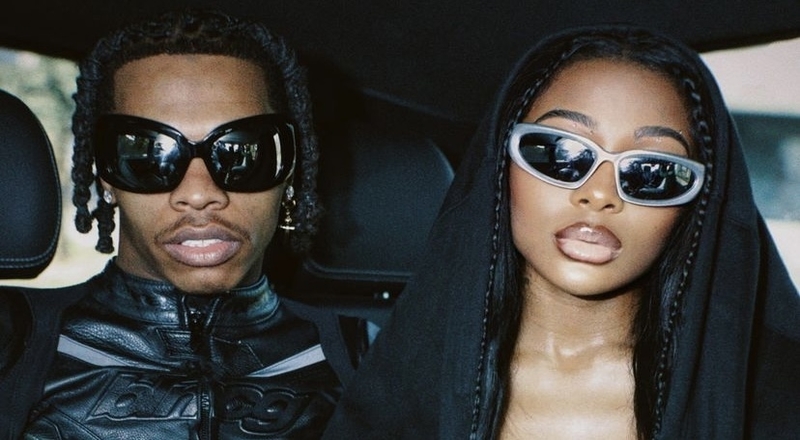 Lil Baby and Jayda Cheaves have been one of the most popular couples in hip-hop, on social media, for over four years. They’ve been on and off though, due to cheating issues by Baby. In an interview with Hollywood Unlocked in December, Jayda also admitted that Baby cheated, but didn’t rule out reconciling with him.

“It’s just a lot of damage as far as what has been done on social media, so once we can get over that part, I feel like maybe we could rekindle and rebuild another relationship. But as far as right now, it’s so much damage publicly to just put a band-aid over something and say, ‘Ok, let’s just get back together. No.”

Baby and Jayda have recently been spotted on multiple vacations lately, and definitely appear to be a couple again. Baby even supposedly bought Jayda a Rolls Royce, for Christmas.

On Sunday, the two also took to social media to show off matching all black Balenciaga outfits that they wore, together. This was while Baby and Jayda attended a Balenciaga fashion show. Both each sported large pairs of sunglasses, as well.