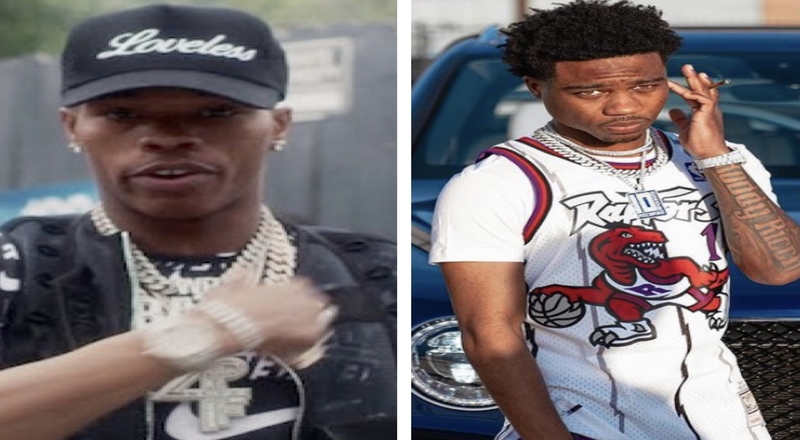 Lil Baby and Roddy Ricch were definitely two of the hottest rappers of 2020 as their numbers spoke for themselves. Baby had a No.1 album in February with his ‘My Turn‘ album and Roddy had a No. 1 album in December 2019 with his debut studio album, ‘Please Excuse Me For Being Antisocial.’ That included his breakout single, “The Box.”

Final 2020 numbers continue to roll in as Baby and Roddy dominated. According to MRC Data, My Turn was the top song of the year as it accumulated 2.63 million equivalent album units. This was followed by Taylor Swift’s ‘Folklore‘ and Pop Smoke’s debut album, ‘Shoot For The Stars, Aim For The Moon.’

Roddy’s The Box was also the most streamed record of the year. This is after racking up 1.32 billion on-demand streams. Future’s “Life Is Good” featuring Drake, DaBaby’s “Rockstar” feat. Roddy, and Jack Harlow’s “What’s Poppin” were the runner-ups.

For March’s Grammy awards, Roddy is nominated for six. Three of these are for The Box while the other three are for his appearance on DaBaby’s “Rockstar” single. Surprisingly, Baby’s My Turn album has no nominations but he has two for his “The Bigger Picture” single.

More in Hip Hop News
DaBaby Returns To Studio Following Beverly Hills Arrest For Loaded Handgun [VIDEO]
Pastor Joey Deese, of Oakdale Baptist Church, in Rock Hill, South Carolina gets blasted on Twitter for being at the US Capitol, during the riot, but takes to Facebook to explain he was only there to pray for our country, but people dig up anti-BLM posts from him [PHOTOS]