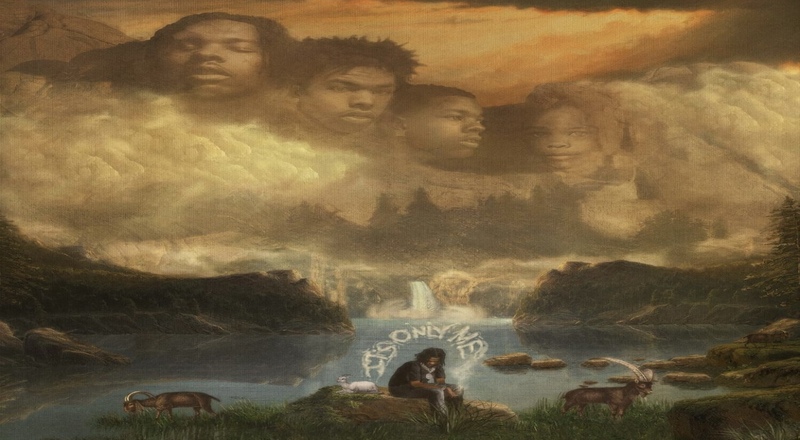 Today, Lil Baby released his fourth single of 2022, “Detox.” This comes a week after he released his “Untrapped: The Story Of Lil Baby” on Amazon. Baby has also been working on his third studio album, and now, an official title and released date has just been unveiled.

Baby has taken to his Instagram feed to announce that “It’s Only Me” is coming on October 14. He also posted the official cover art, which has four different versions of himself in the sky, and his present day self next to multiple goats, which translates to him being one of the greatest rappers out.

Baby’s last solo studio album came in February 2020, with “My Turn.” That went on to become his first number one album of his career, and his superstardom soared from there. Baby put out the chart-topping joint album, “The Voice Of The Heroes,” with Lil Durk, last summer.

Baby has released three other singles in 2022, which include “Frozen,” “In A Minute,” and “Right On.” He’s also been featured on other hot records this year as well, such as Nicki Minaj’s “Do We Have A Problem?,” and “Bussin,” Nav’s “Never Sleep,” with Travis Scott, and DJ Khaled’s “Staying Alive,” with Drake.

Check out Lil Baby’s announcement for his upcoming “It’s Only Me” album, below.

Continue Reading
You may also like...
Related Topics:featured, It's Only Me, lil baby

More in Album Preview
Blac Chyna is reportedly making $20 million per month, on Only Fans
Stabbing and shooting takes place at Mall of Georgia, outside of Atlanta, leaving one person fatally injured and one person in critical condition, according to reports [VIDEO]