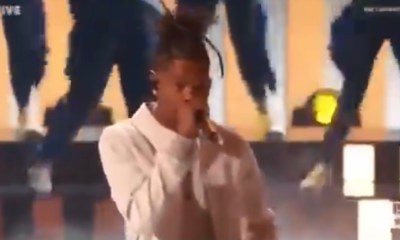 Since February 2020, Lil Baby has seemed unstoppable. Then, he released his sophomore album, “My Turn,” which debuted at number one on the Billboard 200 chart. He also dominated with his “The Bigger Picture” single, which was Grammy-nominated.

This month, Baby also had another number one album. This time, it was a collab project with Lil Durk, titled “The Voice Of The Heroes.” That was expected to claim the top spot on the Billboard 200, and easily did so.

Tonight at the BET Awards, the Atlanta rapper won yet another big accolade. This was for Male Hip-Hop Artist of the year. Baby won this award over J. Cole, Pop Smoke, Jack Harlow, Drake, & DaBaby.

Check out Lil Baby performing at the BET Awards below.