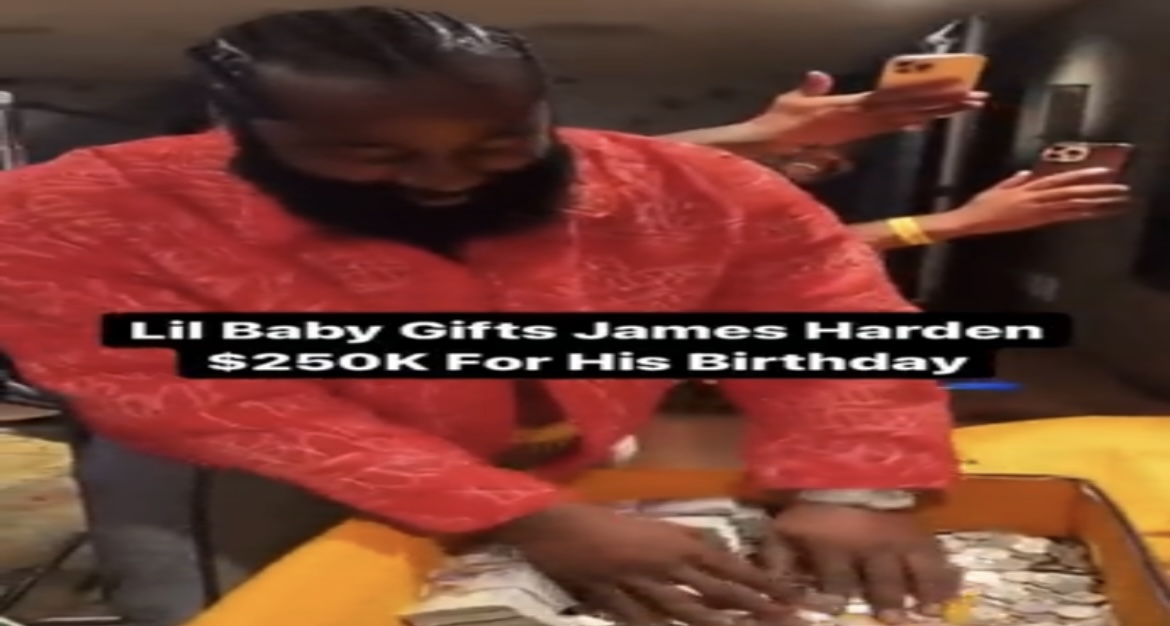 This week, James Harden has been turning up, for his 33rd birthday. The Sixers guard was seen having a yacht party in Marina Del Rey, CA, where he tossed his birthday cake into the water. Many believed that the cake wasn’t real, though, and that’s why Harden jokingly made that move.

Now, Harden is getting even more huge birthday gifts. A video is going viral of Lil Baby giving him $250,000, in cash. This came in a large bag, as Harden appeared to look excited, about getting these stacks of cash.

Harden has been hanging out with plenty of rappers this summer, as he also linked up with Travis Scott in London, backstage, in July. That came after Travis performed at a sold out concert at the O2. Kevin Durant also joined Harden and Travis, to celebrate that concert.

Check out Lil Baby gifting James Harden $250,000 for his birthday, below.