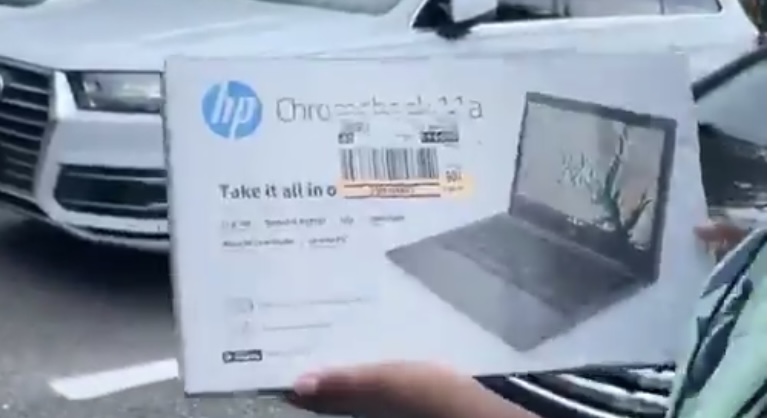 Lil Baby has always been one to give back to his home town of Atlanta. This was the case on Monday as well. There, he gave back to Oakland City, the area on the Southside of Atlanta where he’s from.

There, a back to school drive was held, where Baby ended up giving away free laptops to students. After the event, the kids showed the new HP laptops, that they were bringing back with their family.

Baby has been having another amazing year for his career as well. He’s had a Rockstar energy commercial, which aired during the Super Bowl, was part of a huge record in DJ Khaled’s “Every Chance I Get,” which also included Lil Durk, and scored another number one album, as he released the collab album, “The Voice Of The Heroes” with Lil Durk, in June.

Check out the students happily receiving their back to school laptops at Lil Baby’s latest event below.

More in Hip Hop News
Chucky Thompson, producer known for working with Diddy and Mary J. Blige, died from COVID complications
Cassidy gets roasted by Twitter, over Tory Lanez dissing him on “When It’s Dark” freestyle