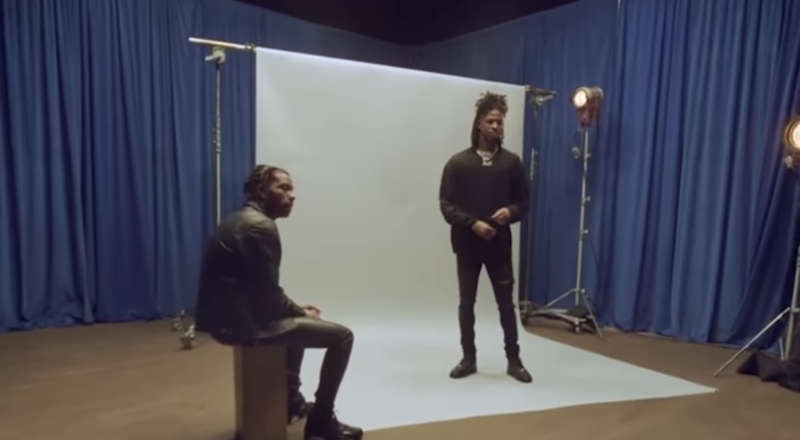 Earlier this week, Lil Baby revealed that he has a new Beats By Dre commercial, on the way. This also includes Memphis Grizzlies star, Ja Morant. Baby was pictured next to the NBA star, as fans pondered on what this ad will look like.

In this Beats By Dre commercial, Baby and Morant are both seen wearing Grizzlies jerseys. Both are showing off their dribbling skills, with a basketball, as well. A new song from Baby is played in these visuals as well, as it’s titled “Dark Mode.”

As of now, it’s unclear when the full version of Dark Mode will be available on streaming outlets. As of now though, fans love the ad that Baby and Morant created together, along with the preview of this new record.

Baby has been very consistent with his music releases, over the past three months. He appeared on Nicki Minaj’s “Bussin” single, and he also put out his new “Frozen,” “In A Minute” and “Right On” singles.

Morant and the Grizzlies are also currently battling the Golden State Warriors, in the second round of the Western Conference playoffs. Memphis suffered a massive 142-111 defeat, to go down 2-1 in the series, on Saturday night.

Check out Lil Baby and Ja Morant’s Beats By Dre commercial, below.

More in Hip Hop News
Jack Harlow’s “Come Home The Kids Miss You” album, is expected to debut at number two, in the US
Footage has now been revealed, of Blac Chyna arguing with woman that she allegedly kicked at a bar, after supposedly being recorded by the woman [VIDEO]