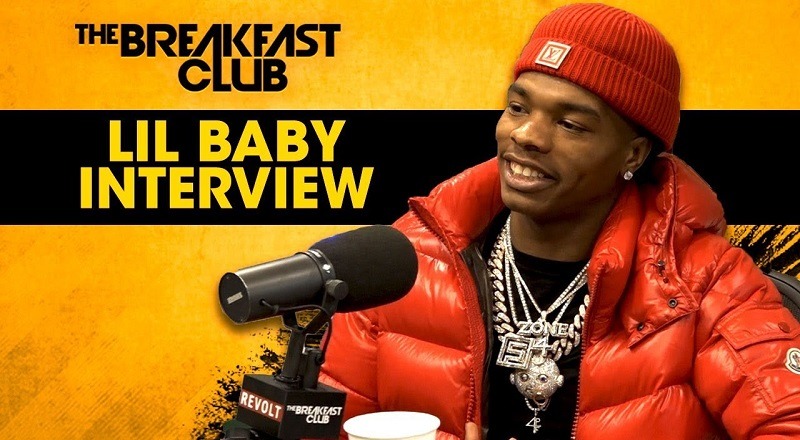 Since early last year, Lil Baby has been making noise. He didn’t waste much time being a regional rapper, either. It wasn’t very long before dude was getting solid radio play and Drake handed out his official co-sign.

Lil Baby signed with QC and built his momentum for a whole year, before dropping his debut album. Last week, Street Gossip came to tremendous success. The young rapper now has people talking, as he gifted Drake with a QC chain.

Recently, Lil Baby stopped by “The Breakfast Club,” speaking with DJ Envy, Angela Yee, and Charlamagne Tha God. The interview saw him speaking on Street Gossip and why he waited so long to drop it. He also spoke on the end of his street life and his future.

More in Hip Hop News
Usher’s Male Herpes Accuser Drops Request For Singer to Hand Over His Medical Records
Is Travis Scott Cheating on Kylie Jenner? Twitter Reacts to Photos Of Him Hugged Up With Some Half-Naked Woman [PHOTOS]