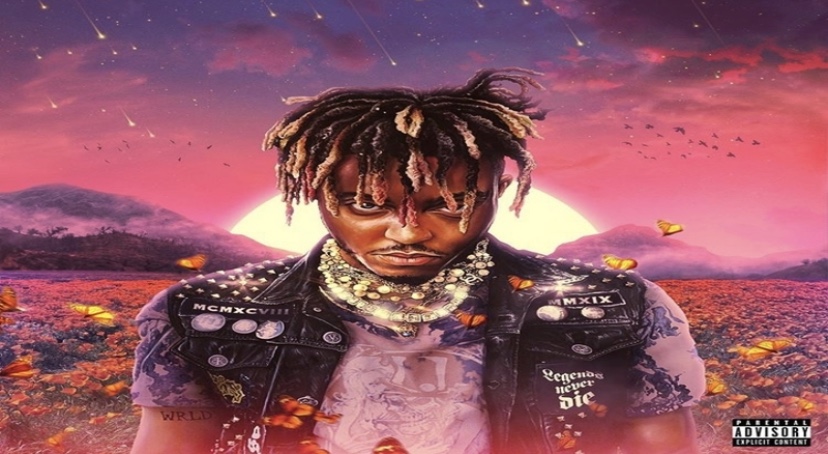 Juice WRLD’s first posthumous album, ‘Legends Never Die’ will officially be out on July 10. His team took to his Instagram feed to make the announcement yesterday as there will be 15 songs in total. The first single that has been released is “Life’s A Mess” feat. Halsey.

A tracklist has been floating around since then as it displayed 20 songs in total. Some of the features included Polo G, Young Thug, and NBA Youngboy. Right in the comments, fellow Chicago rapper, Lil Baby, said it was fake. This is also true by that there’s 15 songs as opposed to 20.

As far as the features go, some of the artists listed on the rumored tracklist may appear on the album. His previous album was ‘Death Race For Love,’ which was released last year and reached No. 1 on the Billboard 200 chart. He initially broke out as a star in 2018 with his “Lucid Dreams” single. He died in December of last year after an accidental overdose of oxycodone and codeine.

Check out the fake tracklist along with Juice WRLD’s family’s original album announcement below.

More in Album Preview
T.I. Forgives Kodak Black After He Apologized To Nipsey Hussle and Lauren London For Comments in 2019 About Wanting To Get With London Following Hussle’s Murder
Jalen Lee shares video on Facebook of a white woman, Patsy Kays Bush, threatening to hang him in her front yard, and she even tried to attack him in front of two police officers at the court house, and the officers did nothing to stop her, all caught on camera [VIDEO]