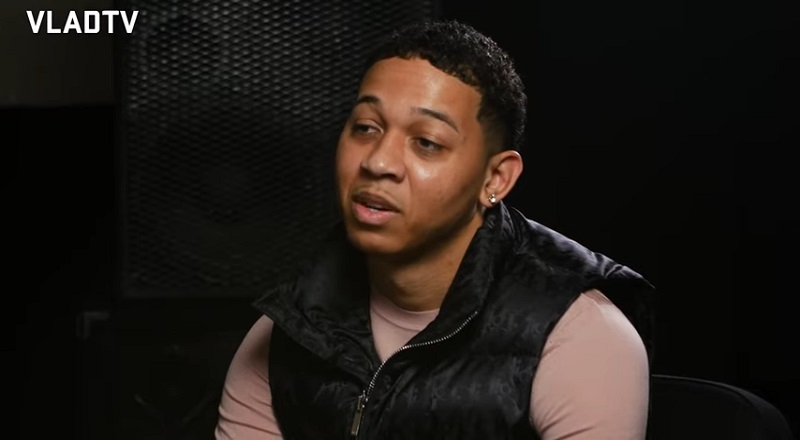 During the Chicago drill era, Lil Bibby began emerging as one of the top rappers out. Particularly, towards the end of 2013, he began blowing up. However, his movement began to plateau, just months later.

By 2016, Lil Bibby was really consistent with his music and 2017 saw him do a ton of features. In 2018, he disappeared, as Juice WRLD took over the game. The following year, Lil Bibby spoke on retiring from rap to become an exec.

Lil Bibby recently sat down, with VladTV, getting Vlad to actually get on camera with him. In this clip, he spoke on his work, as a record exec. He discussed how Juice WRLD began moving, speaking on how Interscope Records offered $3 million to sign him, and they did the deal.

More in Hip Hop News
Christian Wood injures ankle, while driving to layup, tries to shoot free throws, but his teammates carry him off court, and he leaves in a wheelchair; Twitter is still shocked to see how all of this played out [VIDEO]
Cardi B does 3.2 million views, in eleven hours, including 1 million views, in the first hour, with the “Up” music video, showing she still makes hits [VIDEO]