Home » Hip Hop News » Lil Durk paused his recent concert in Phoenix, to tend to fan who says they “peed on” themsleves [VIDEO] 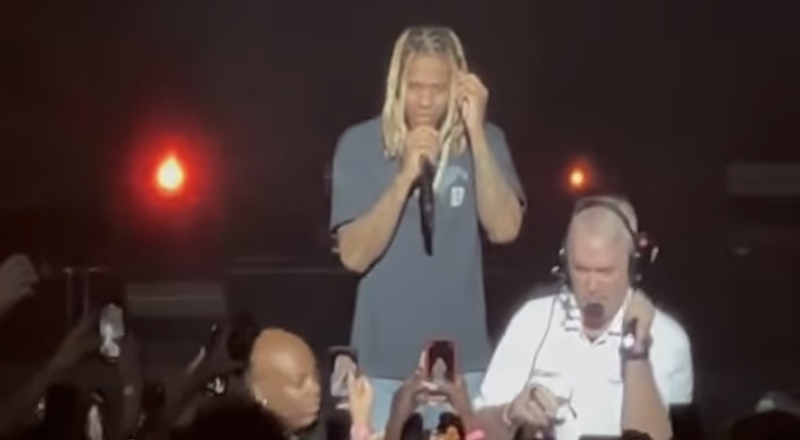 Lil Durk is currently venturing on his “7220 Tour,” which is fresh off the success of his chart-topping “7220” album. Recently, the Chicago rapper was in Phoenix, and had to pause the show for a very odd situation.

A fan had apparently urinated on themselves, and couldn’t make it to the bathroom in time. Durk was surprised to hear the news, but ended up saying that the fan is more than welcome to go to the bathroom, and handle their business. After that, the 7220 concert went on as planned. This incident initially happened on April 8, but this new footage is just now surfacing.

The next stop on Durk’s 7220 Tour will take place in Houston. The tour will run all the way through May 2, where it concludes in his hometown of Chicago.

The 7220 album was originally released on March 11, as it became Durk’s first solo number one album. It was led by singles such as “Ahhh Ha,” “Pissed Off,” and “Broadway Girls,” featuring Morgan Wallen. Durk also collaborated with Summer Walker, Gunna, and Future. “What Happened To Virgil” has since become another big hit record off the album, as well.

Continue Reading
You may also like...
Related Topics:featured, lil durk