Home » Hip Hop News » Lil Durk posts “MAN WHAT” after DaBaby claims he’s in his DM waving the white flag, when Memo 600 called him out for NBA Youngboy collaboration 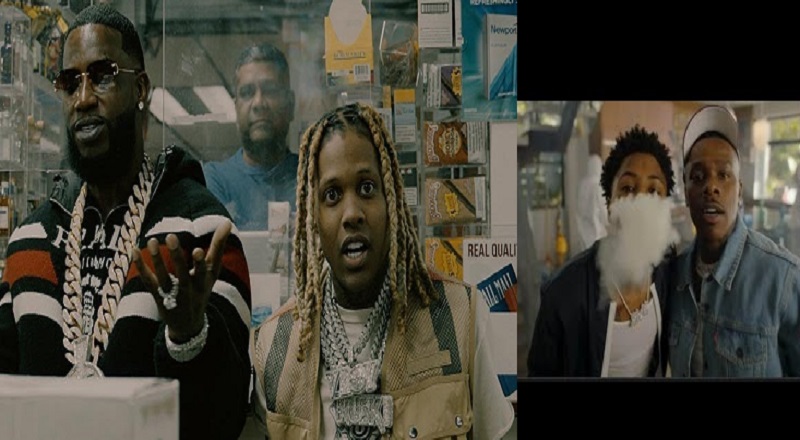 Lil Durk responds to DaBaby dissing him on IG

The past few years have seen DaBaby absolutely run away with the game. A native of Charlotte, DaBaby began making noise at the end of 2017. By 2019, DaBaby was one of the biggest breakout stars in the game. In 2021, DaBaby made controversial comments, which sparked backlash.

Since last summer, DaBaby has increasingly faced backlash, starting with his Rolling Loud comments. From there, DaBaby had the altercation with DaniLeigh, which turned people against him. DaBaby has since had a run in with her brother, Brandon Bills, which also left him looking bad.

DaBaby made his return to music with Better Than You, his joint album with NBA Youngboy. While NBA Youngboy is currently on fire, he is also one of the most controversial rappers out. For a while, NBA Youngboy and Lil Durk have had a simmering beef, which is now bubbling over. Recently, NBA Youngboy dropped a diss record, where he also fired shots at Gucci Mane. Surprising many, Gucci Mane threw shots back at NBA Youngboy.

Meanwhile, DaBaby found himself mentioned by Memo 600, a member of Lil Durk’s OTF. He said that DaBaby turned to NBA Youngboy, thinking he was going to save his career. But DaBaby was having none of that, posting Memo’s tweet on Instagram. DaBaby responded, saying Lil Durk is in his DM waving the white flag, right now. Lil Durk saw this and he took to IG Story with his signature quote, “MAN WHAT?”

Lil Durk responds to DaBaby dissing him on IG

More in Hip Hop News
Yeezy slide trends on Twitter, as customers show their new shoes off
Drake is selling three of his Los Angeles properties, for $22.2 million