Home » Hip Hop News » Lil Duval denies rumor that he was on life support, after recent car crash in Bahamas, that resulted in broken leg 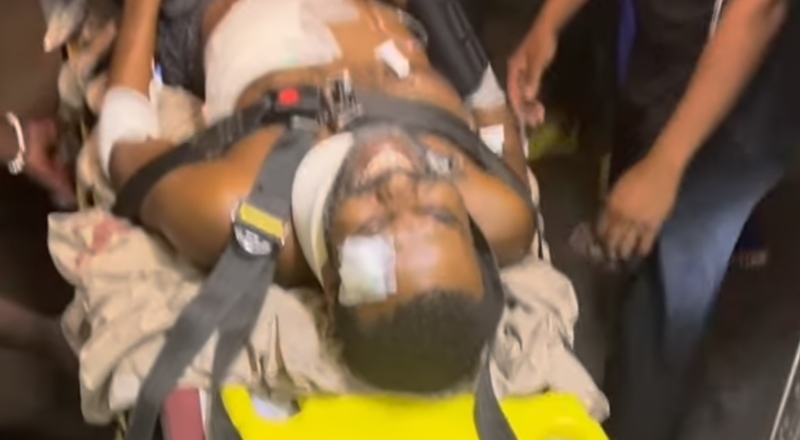 Lil Duval denies being on life support after car crash

Earlier this week, Lil Duval revealed that he was severely injured, while in the Bahamas. Duval was riding a four-wheeler vehicle, when someone soon ended up hitting him, with their car. That resulted in the comedian suffering a broken leg, as he was airlifted to Nassau, to undergo surgery.

“Somebody hit me in they car while i was on my 4 wheeler. Now my leg broke and i gotta get flown over to Nassau and have surgery.”

Duval has since been updating fans on his condition, on Instagram. He’s posted videos of himself in the hospital, as well as the visible injuries he suffered. Duval also emphasized that he is keeping a positive outlook, despite what he went through.

Rumors had also surfaced that Duval was on life support, as a result of this crash. On Friday, Duval took to Instagram to shut that speculation down, as he screen shotted a link to an article, and said “Life support?!?! 😂😂😂😂😂😂😂”

Thankfully, this situation is not the case. Hopefully, Duval’s recovery also goes on to be quicker than expected.

Check out Lil Duval denying the rumor of being on life support, as well as the videos he’s posted, since his crash, below.

Lil Duval denies being on life support after car crash

Continue Reading
You may also like...
Related Topics:featured, lil duval