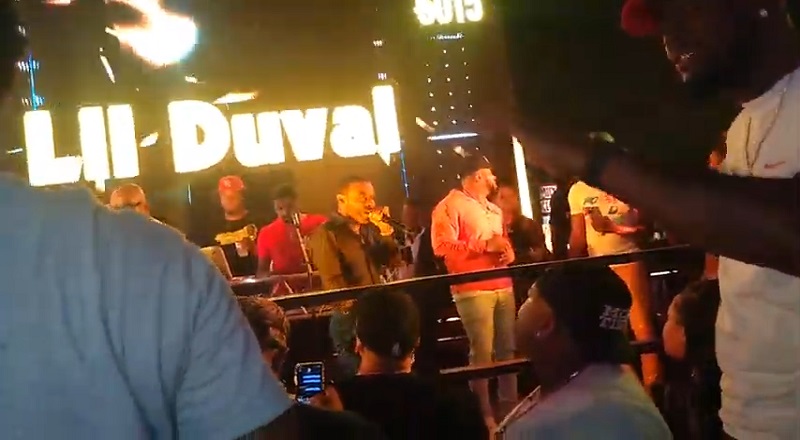 Lil Duval is the first comedian to truly blend comedy and hip hop. To explain, Duval turned his comedy into true commentary on the hip hop industry. Currently, Ray J is dominating the hip hop gossip. After years of a silent beef with his ex, Kim Kardashian, Ray J’s had enough. Not only is Ray J threatening to take legal action, he is also exposing Kim and her mother, Kris Jenner, on Instagram.

Lil Duval is not the first comedian to make a record. However, Duval is the first comedian to truly make a record, as in he made actual raps, as opposed to commentary. In addition, Duval scored a number one hit on the hip hop charts. With his single, “Smile,” Lil Duval topped the charts. Also, Duval returned Snoop Dogg to the radio for the first time in a decade. After that, Duval made other records that have failed to have the same commercial successes.

Lil Duval has watched Ray J go through this drama with Kim Kardashian and her family. On “Love & Hip Hop Miami,” Ray J told his side of the story about rumors of a second tape of him with Kim Kardashian. Previously, Kanye West took to Twitter, saying he met Ray J in person to retrieve the video. In addition, on “The Kardashians,” Kim detailed this encounter. Two weeks ago, Ray told the full Kanye story on “Love & Hip Hop.” Now, Ray and Kanye seem frustrated with Kim. As a result, Duval says that Ray J and Kanye will collaborate for a record, in the future.