Home » Hip Hop News » Lil Fizz says he is not a backup dancer, because he can’t dance, like Omarion can’t sing [PHOTO] 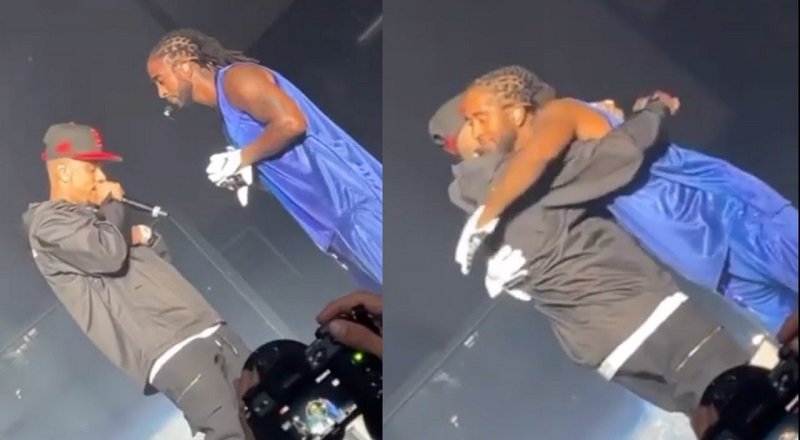 Lil Fizz was one of 2019’s biggest names. After two years of rumors, Lil Fizz and Apryl Jones confirmed dating. The news came as a shock, seeing how Apryl Jones has two children with Omarion. During the first two seasons of “Love & Hip Hop Hollywood,” Omarion and Apryl raised their family together. Even worse, Fizz was Omarion’s friend on the show.

Lil Fizz and Omarion grew up together, as B2K members. It was presented to the public that B2K were more than friends. As a result, Omarion and Lil Fizz were believed to be best friends. However, Lil Fizz said he and Omarion were never friends growing up. After that, Fizz said he only met Apryl after “Love & Hip Hop” began. During Fizz’s promo runs for the show, he called Omarion his brother. However, Lil Fizz also insulted Omarion in interviews prior to that.

Lil Fizz apologized to Omarion after breaking up with Apryl, last year. Fizz ultimately said Omarion is his brother and that brothers fight. As a result, Fizz and Omarion hugged it out on stage. This came after Omarion did the second Millennium Tour and kicked B2K off. When Omarion did Verzuz, he was humiliated. After that, Fizz and B2K clowned O, leading to him calling them his background dancers. While J-Boog went all the way in, Lil Fizz came with more jokes. Fizz said he’s not a background dancer, because he can’t dance, just like O can’t sing.